The Universe's Perfect Sphere Gets Discovered

The universe is filled with geometrical patterns. From the perfect symmetry in a snowflake to Fibonacci spirals in cabbage, we see it everywhere.

Scientists from the Max Planck Institute finally found the universe's perfect sphere. Kepler 1145123, nearly 5,000 light-years from Earth, now holds the record for the most spherical object in the galaxy. 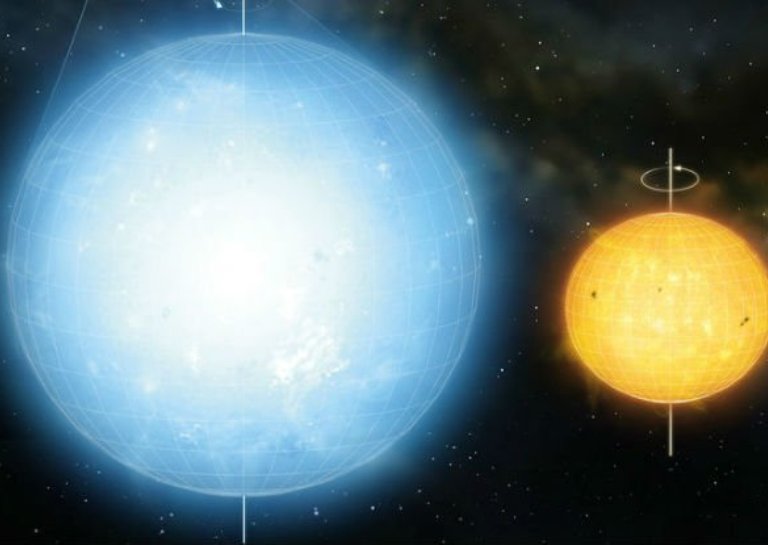 One would assume that stars, moons and other planets would automatically be spherical. Isn't the earth already a perfect sphere? With each rotation of a planet's axis, the planet itself can't maintain a spherical shape.

Kepler, however, hasn't been flattened as it spins. The gaseous sphere remains intact, even more round than the sun, according to researchers.

The team notes 3 km is "a number that is astonishing small compared to the star's mean radius of 1.5 million km; which means that the gas sphere is astonishingly round," they reported.

What can be credited for the star's roundness? The research team of asteroseismologists, led by Laurent Gizon, said the slow spin of Kepler helps enormously. The faster a cosmic body spins, the more it loses its spherical shape and the more it oblates.

Kepler spins three times slower than our Sun despite being twice the size of our Sun.

Asteroseismology dedicates itself to the study of oscillations in cosmic bodies, and it normally relies on separating sound waves coming from a star's core.

The team separated the wavelengths of Kepler and determined the interior of the star rotates slower than its exterior.

"This is what is likely causing the unusually round (or less 'oblate') shape - because of the disconnect between surface and core, the star is not spinning quite as much as may appear just by looking at it from the outside," said writer Michael Byrne of Motherboard.

SEE ALSO: The Scariest Planetary Discoveries that Sound Like Sci-Fi

The entire report was published in Science Advances magazine.