Lockheed Martin have developed a next-generation, unpowered, lightweight exoskeleton called the Fortis that will provide the user strength, endurance and flexibility. Unlike other exoskeletons, it is lightweight and low profile and doesn't require a power source. 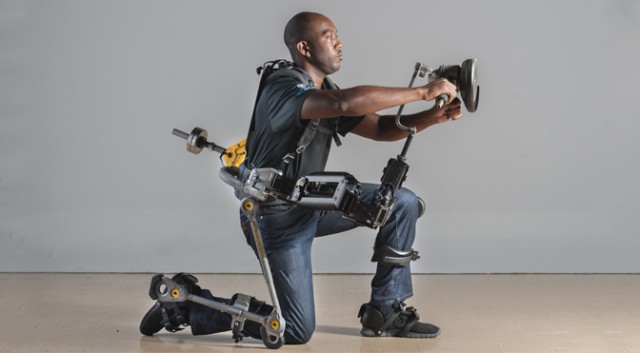 The Fortis exoskeleton transfers loads through the exoskeleton to the ground in standing or kneeling positions and allows operators to use heavy tools as if they were weightless. The ergonomic design utilises biomechanics to move naturally with the body and adapt to different body types and heights.

It has joints in the parts of the body that would regularly have joints (ankle, knee, hip) and flexes from side to side at the waist. It can be used in standing and kneeling positions and the joints and design do not hinder movement or flexibility.

Using the Equipois zeroG® arm, it lets the wearer lift heavy tools effortlessly by reducing the fatigue on the worker's muscles by up to 300%, improving productivity by 200 to 2,700%. There are no hydraulics or motors to assist the wearer, the magic comes from the articulated swing arm attached to the exoskeleton at the waist which transfers the weight to the ground. 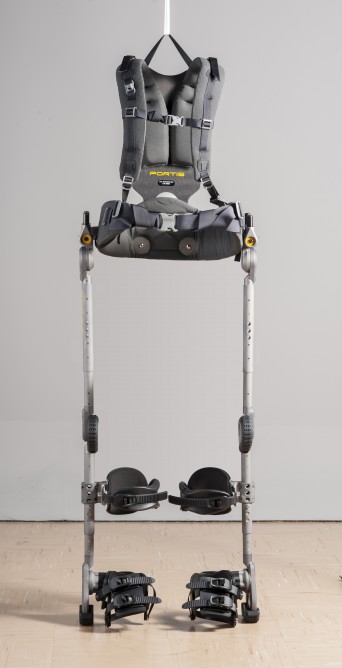 It is being developed with military applications in mind. Not for the battlefield, but for the workers who support the military with their blood and sweat. Many tools such as grinders and riveters can weigh between 7-14 kg and with the suit, even the weakest of workers can hold the heavy tool for much longer than normal.

"There's a lot of wear and tear on you," says Miller . "Skilled workers can maybe do that for three to four minutes then they need to put the tool down and they need to rest."

The US Navy has purchased two of the Fortis exoskeletons from Lockheed and will be testing them over the next six months. It is also set to see use in civilian applications like mining and construction.