Lockheed Martin just signed a multi-million dollar contract with the United States Air Force to develop laser weaponry that could be fitted onto a fighter jet.

The U.S. Air Force Research Lab recently signed a $26.3 million contract with Lockheed Martin to develop high-energy fiber laser weapons, light and small enough to be attached to fighter jets. This could mean that in the near future, any one of the U.S. Air Force’s fleet of fast jets could have the capability to shoot an invisible laser beam at an enemy in a moment’s notice. 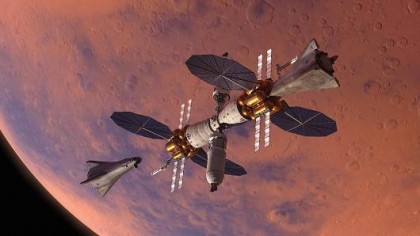 Usually, laser systems are relegated to ground and sea use, due to the heaviness of the cannons being too much for a plane to withstand. However, in 2015 Lockheed Martin began testing laser-equipped research planes to see if it was possible to implement the technology.

"Earlier this year, we delivered a 60-kW [kilowatt]-class laser to be installed on a U.S. Army ground vehicle," Rob Afzal, a senior fellow of laser weapon systems at Lockheed Martin, said in a statement as reported by Live Science. "It's a completely new and different challenge to get a laser system into a smaller, airborne test platform. It's exciting to see this technology mature enough to embed in an aircraft.”

These lasers aren’t what the public is used to seeing from entertainment, instead of being neon and pellet-like, Lockheed’s lasers will be silent but deadly and travel at the speed of light. Their primary purpose is to destroy or disable rockets, UAVs, and vehicles without leaving a footprint.

The development is a part of the LANCE program, i.e., Laser Advancements for Next-generation Compact Environments, which aims to develop lightweight lasers that can be carried by airplane and disable enemies in the field. LANCE is also associated with the U.S. Air Force’s Research Laboratory’s (Avenger-like) Self-Protect High Energy Laser Demonstrator (SHiELD) initiative.

Lockheed views laser technology as an eventuality in combat, and once they become easier to handle, will be beneficial when dealing with the new threats on the battlefield, such as UAVs.

"I really see laser weapons and kinetic weapons being side by side on the battlefield, and together providing the defense that our forces need against traditional threats — kinetic weapons — emerging, inexpensive proliferated threats — laser weapons," Iain McKinnie, the business development lead for laser sensors and systems at Lockheed Martin said in a video the company produced about laser weaponry.

The plan is to test this high-energy laser weaponry on a tactical fight jet by 2021.

The Aero-optic Beam Control turret is the first of its kind to demonstrate a 360-degree field of laser reach on an aircraft flying near the speed of sound. Using a business jet, the team at Lockheed Martin conducted 60 flight tests between 2014 and 2015; a low-power laser beam was fired through the turret’s optical windows to measure successful performance in all directions.

“This advanced turret design will enable tactical aircraft to have the same laser weapon system advantages as ground vehicles and ships.

This is an example of how Lockheed Martin is using a variety of innovative technologies to transform laser devices into integrated weapon systems,” said Doug Graham in a statement in 2015. Graham is the vice president of missile systems and advanced programs, Strategic and Missile Defense Systems, Lockheed Martin Space Systems.

That was then, and now they’re closer than ever to integrating the mechanization into military jet design.