Bloomberg's annual Innovation Index reveals that the US has slipped to the 11th spot.

The US, according to a recently released report ranking countries globally in the area of innovation, has some cause for concern. The country dropped out of the top 10 list, sliding to the position of 11.

The rankings appear in the 2018 version of the Bloomberg Innovation Index. The development reflected in the annually compiled listing is significant for two reasons: Bloomberg is a global leader in terms of assessing the business and finance dynamics guiding the global economy, and this is the first time that the US fell out of the top ten since Bloomberg first began generating the Index six years ago.

A few positive, and surprising, developments among the top ten, as well as in the overall index:

• Singapore moves into the 3rd position, with South Korea and Sweden continuing the dominate the top two spots.

• Israel rounded out the list, emerging with Singapore as the only non-European/East Asian countries to make the cut.

• Turkey rocketed 4 spots to 33rd, due to improvements in 4 of the 7 categories.

• South Africa and Iran reentered the top 50 for the first time in 4 years.

About Singapore’s impressive jump ahead of a number of western European countries, in large part due its improvements in the area of education-efficiency, Yeo Kiat Seng, professor and associate provost at the Singapore University of Technology and Design, said: “Singapore has always placed strong focus on educating her populace, especially in STEM disciplines,” adding that the country has also shown a “steadfast commitment to funding R&D and innovation.”

Japan and South Korea’s places seem fixed more or less, but in terms of the majority of East and Southeast Asian countries, the numbers reveal more instability: “One common trait of the U.S., Korea and China is that people accept failure as part of the process,” said Prinn Panitchpakdi, country head of CLSA Thailand, an Asian brokerage and investment group shared in his assessment. “Innovation lags in countries where the culture emphasizes risk avoidance and where R&D is seen purely an expense, not an investment. That’s the mindset in Thailand.”

The US May Experience an Even Further Decline

The drop of the US (from 9th place, already teetering on the edge) was explained by the declining ranking in education-efficiency category—not a surprising outcome—as well as in the value-added manufacturing category. In the end, the country’s higher position in productivity did not prove to be enough. 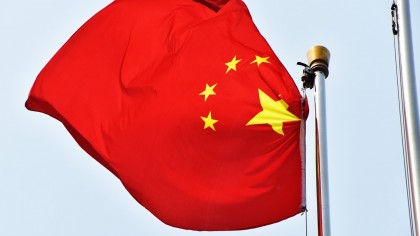 Offering a sobering, and not very optimistic outlook on the future of the US, Robert D. Atkinson, president of the Information Technology & Innovation Foundation in Washington, D.C. shared his interpretation of the numbers: “I see no evidence to suggest that this trend will not continue,” adding, “Other nations have responded with smart, well-funded innovation policies like better R&D tax incentives, more government funding for research, more funding for technology commercialization initiatives.”

This should serve, no doubt, as a wake-up call to the US: the old expression, “You snooze, you lose” seems quite appropriate. The US must come to grips with the harsh reality—reflected in the index—that maintaining, or even possessing, a strong economic or political position in the world does not necessarily guarantee an equal level of influence in the areas of science, innovation or research. Along with tech-driven industries, these are areas where there truly is a level playing ground.