The U.S. Navy's Newest Stealth Destroyer Has Broken Down

The US Navy's latest stealth destroyer the USS Monsoor has recently broken down during sea trails. Could this spell the end for Zumwalt-class destroyers?

The U.S. Navy's most advanced warship the USS Monsoor is the second and latest of the Zumwalt-class stealth destroyer. The Monsoor suffered a serious equipment failure that stopped the ship from conducting sea trials. She was, therefore, required to return to port for repairs.

These repairs are not expected to delay her handover in March of next year though, it should be noted.

The stealth destroyer USS Monsoor left her Maine shipyard on the 4th December for routine builder's sea-trials. Such trials are standard practice for any new ship. They are used to rest the vessels key systems before handing them over to the ultimate client.

Reuters reported that "Monsoor’s problem was electrical in nature, with the loss of an induction coil causing the failure of another system. The shipbuilder decided it would be more efficient to make the fix at the yard.” 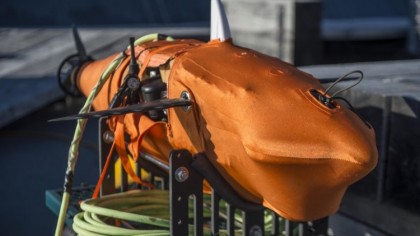 Clearly, this was not ideal. It was compounded by issues with other planned tests onboard the new stealth destroyer. According to the Portland Press Herald of Portland, Maine the problem "prevented workers from testing propulsion and electrical systems at full power".

The report does indicate that the ship returned to Bath Iron Works under its own power and will return to trials as soon as the ship is fixed.

Each and every Zumwalt-class destroyer costs around $4 billion. For that, the navy gets a top of the range warship with advanced electrical generation systems. These systems powers the ship's engines, electronics, weapons, and propulsion systems.

Each Zumwalt-class comes packed with an Integrated Power System or IPS. These generate up to 80 megawatts of power. That is considerably more than the current Burke-class destroyers of the navy. These systems have been included with the expectation that the ships will be equipped with a new generation of power-hungry weapons.

These might include electromagnetic railguns and perhaps even lasers.

The concept for each Zumwalt stealth destroyer came from the early 2000's where the U.S. Navy wanted a new class of destroyer for the post 9/11 era. The cold war had ended and the Soviet Union and her navy had finally collapsed. Russia's formerly formidable navy had been either scrapped or laid up due to lack of funds for maintenance.

The United States was now the undisputed master of the seas.

This lead to the conception of a new class of destroyers. Ones that could creep near enemy shorelines and unleash all hell on inland targets inland.

They were to be armed with a pair of formidable 155mm advanced gun systems with self-guiding shells. Initially, the U.S. Navy wanted 32 of these new stealth destroyers. Project development cost overruns and budget cuts would quickly reduce this number to a handful.

Other issues also arose that would change the Zumwalt's role for the U.S. Navy too. A delayed and highly costly involvement in the middle east and growing strength of China and the old enemy Russia would take their toll.

China in particular, with its aircraft carrier construction programs and Type 055 and 052D guided missile destroyers is becoming a serious surface naval threat.

The U.S. Naval Institute reported that the navy has re-focused the Zumwalt-class destroyers to a new role. This is now to be a surface strike role to intercept and sink enemy shipping.

The Navy hasn’t worked out yet exactly what the mission change will entail, and what weapons will be added to subtracted to the ship.

But this is not the first time this new stealth destroyer class has had issues. Over a year ago the first of the line the USS Zumwalt, suffered another engineering malfunction. This was also during trials that sidelined the vessel for two weeks.

This occurred in November of 2016 whilst in transit through the Panama Canal on her way to her new home port of San Diego. The Zumwalt suddenly lost power and collided with the canal walls. This event though it sounds serious only caused minor cosmetic damage to the ship.

The U.S. Navy plans on building three Zumwalt-class destroyers. They were originally designed to bombard enemy land targets using a pair of 155mm guns or ship to land missile systems.

The navy later decided the shells would be far too expensive in the long run. For this reason, they shifted the vessel's purpose from land attack to surface naval warfare roles.

To this end, the U.S. Navy has ambitions to install the latest in projectile weaponry on board. Though recent reports indicate they may even be turning their attention to more exotic weapons.

Despite recent setbacks, most future warships will eventually be equipped with IPS technology. But for the Zumwalt-class of destroyer's, it appears they won't be taking full advantage of them just yet.

Clearly, the latest breakdown is disappointing for all involved. The USS Monsoor's problems do, however, appear to be relatively minor. Thankfully the entire IPS system did not fail like her sister ship the USS Zumwalt last year. It does seem the shipbuilders at Bath Iron Works are on top of the problem.

The IPS is the first of its kind to go to sea on a warship, and problems are inevitable as the shipbuilder and the Navy iron out issues with the technology. With the Zumwalt built and in active service and the USS Monsoor's requiring some minor repairs prior to handover the future of this class of destroyers seems secure. But will these early teething problems plague the third planned ship? Will it even be completed? Time will tell.