The Vertical City Called "The Shard"

The Shard is a building in London, England, and the tallest building within the European Union at 1,016 feet high. The Shard was designed as an irregular pyramid with an exterior of glass, thus invoking the idea that it’s a giant shard of glass. The Shard contains offices, restaurants, a Shangri-La hotel, and residential dwellings. But the building is more than just another sky-scraping building. 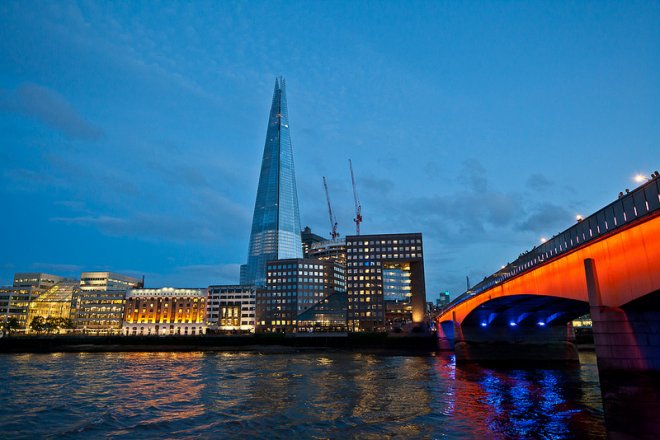 “This is my vision: I foresee the tower as a vertical city, for thousands of people to work in and enjoy, and for millions to take to their heart,” says Renzo Piano, the architect who designed The Shard (as well as the towering New York Times Building). The Shard was, right from the start, conceived of as a vertical city containing a mixture of public and private spaces to make it charged up with energy, at once accessible and set apart.

At the apex of The Shard is The View, where a visitor to that space can get a 360-degree view of London. The building is situated such that it focuses the eyes of the world on the London Bridge Quarter of the famed city. The transport infrastructure of Central London ensures that The Shard is well-serviced and easily accessed by the building’s residents, workers, and visitors.

Perhaps The Shard is a vision of the way things will go for mankind in the 21st century and beyond: vertical cities reaching far above the soil of the Earth, containing the most technologically advanced amenities, allowing more people to work and live in grace and comfort while being less obtrusive to the environment and each other.