The Vessel: The Massive Art Piece Laying at the Center of NYC’s $20 Billion Development

Just recently launched, The Vessel is one of the most unique looking sculptures to appear in NYC in recent history.

As a highly anticipated piece of architecture that has arrived in New York City’s Hudson Yards, the structure acts more as a functional sculpture than any traditional design that you may see scattered across the alluring city of dreams.

SEE ALSO: THE ARCHITECTURAL PROJECT PLACES A STUNNING HANGING GARDEN IN THE HEART OF MILAN

Dubbed the Vessel, the intriguing structure lays at the center of a vast new public space found on the new Upper West Side development. If you are planning to explore all that New York City has to offer, one place you should definitely see is the Vessel.

Currently available, visitors can now make their way up the Heatherwick Studio-designed structure with its official opening taking place this past March 15, welcoming visitors to climb the interactive piece.

Though the name is temporary, Heatherwick’s Vessel comprises of 154 intricately interconnecting flights of stairs with approximately 2,500 individual steps, almost 80 landings, and features a nearly one-mile vertical climb that takes you directly above Hudson Yards’ Public Square and Gardens.

The Creation of the Vessel

For the uninitiated, Heatherwick Studio is a medium size team of 250 creatives dedicated to creating and shaping a physical word that leaves the world inspired and better for everyone. Led by Thomas Heatherwick, the team focuses on not just designing public projects, but on using this medium to make the biggest social impact.

Heatherwick Studio was asked to design a public centerpiece for Hudson Yards, the city’s new 11-hectare development in Manhattan’s Upper West Side.

Hudson Yards has attracted a lot of attention and controversy over the years, with the promise of bringing a new life of commerce and innovation to the Upper West Side.

Heatherwick and his team wanted to create something memorable, opting out of creating something simply stagnant for visitors to look at. The architectural team wanted people to be a part of the structure, something they can interact with.

Influenced by the world renown stepwells of Rajasthan, the studio, “became interested in the mesmerizing visual effect of the repeating steps, flights, and landings.”

"This idea emerged, influenced in part by some stunning images we found of the stepwell that exist in India, in Rajasthan, which were a way that people could get down to water," says Heatherwick to Dezeen.

"We wondered if you could create, in a sense, an amphitheater for people, that brought people together."

16 stories high, the structure takes many of its materials from a specialist steel fabricator in Venice, Italy. The beautiful modern raw welded and painted copper-like steel contrasts with the very modern building surrounding Hudson Yards.

As mentioned by the team, “Vessel represents an intention to create an extraordinary new kind of public legacy for New York.”

Hudson Yards and Beyond

The aim of Thomas Heatherwick’s structure is to embody an idea that runs true the vast multicultural melting pot that is New York City. People from across the city, around the Northeastern United States and of course from around the world have enjoyed the massive structure during the first days of Spring.

“It's not a building, it's not a sculpture, it's not an artwork, and yet it has scale and relevance to all of those typologies... In a way, we're thinking of this as a piece of furniture. Its ongoing use will evolve, quite naturally."

The response has been generally positive with most naysayers commenting on their dislike of Hudson Yards as whole embodying the idea of “out with the old in with the new” fearing that the old New York city disappearing.

The Vessel opened last week in #NYC. Here's a preview of the rest of #HudsonYards, the megadevelopment that is changing #Manhattan: https://t.co/UaiB9ftsSC pic.twitter.com/toukiMhAO9

Nevertheless, true to any new New York development the structure has been met with some public criticism, with some as going as far as calling it as an “exoskeletal beetle,” or even a "giant hockey mask". But, again most of negative emotions are directed toward Hudson Yard itself.

Aside from being some of the most modern and luxurious apartments that New York City has ever seen, Hudson Yards will be a place of commerce attracting blue-chip favorites like SAP, KKR, BlackRock, Wells Fargo, and L’Oréal USA. 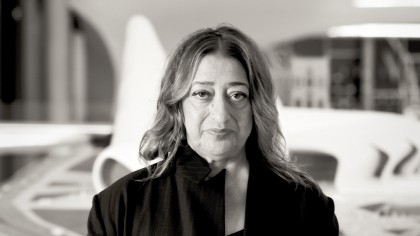 Top luxury stores from your of your favorite fashion houses are sure to make an appearance attracting the likes of Neiman Marcus, Cartier, Dior, Gucci,  and Fendi just to name a few. And, do not forget about the series of celebrity chefs that are opening places within Hudson Yards.

Many local New Yorkers worry that the area will detract from other areas of Manhattan or begin the process of removing parts of NYC that make the city, NYC. Nevertheless, the Vessel holds a promise to New Yorkers.

If anything the architecture of the Vessel's steps to sky embodies that world renown to "hustle" tied to the NYC mentality, the idea of starting from nothing and rising through the ranks to claim your piece of the American Dream.

The Vessel is a reminder of all that the rapidly growing and fast pace city of New York has to offer and where it plans to be in the coming the years. It is up to you to take that as a positive or negative.