The Voice of the Earth Crust

The humanity is now gazed into the stars and the space, dreaming of distant space travels and discovering (and even colonizing) new worlds. But many of us do not realize that we poorly know our own world. We know a lot about the ocean but there is a lot more to be discovered. And what can we say about the solid Earth crust? Calculations show that the continental crust is 30-50 km (20-30 mi) thick. However, there are scientists who attempt to discover the secrets hidden deep below the surface.
The deepest known man-made hole in the Earth crust is located above the Arctic Circle, on the Kola Peninsula north-east of Finland. It was built by Soviet Russia in the ‘70s and its depth is nearly 13 km (8 mi). The project lost funding in 2008 and since then the entrance is sealed by a steel plate. 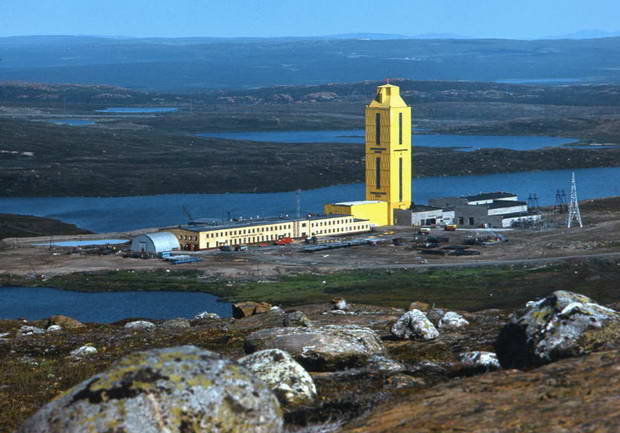 The second deepest borehole is reachable by human. It is 9,1 km deep (29 858 ft) and is located in southern Germany. The reason of choosing this place stands 300 million years ago – it is the place where two continents merged during the process of forming the Pangaea supercontinent. Digging started in September, 1990 supported by 120 scientists and workers. The drill passed through boiling hydrogen, temperatures of around 315 degrees Celsius (600 Fahrenheit) and different kinds of rocks and materials on its way to the bottom.

This is a part of the German Continental Deep Drilling Program (KTB Borehole) and, unfortunately, its funding is stopped too. However, KTB borehole is still accessible which makes it priceless for geologists and other related scientists.
But right in the beginning of 2014 the facility entered into the sight of some artists. Lotte Geeven, an artist and painter from Amsterdam, Netherlands, worked in cooperation with the German Research Centre for Geosciences to record the sound that comes from the deepest point of the borehole. The final result is an intense sound string that consists mainly of cracks, crunches and echoes.

There is another artist interested in recording sounds of the earth crust. Doug Aitken, the man who created the Station to Station project, is a current resident of California. He lives in the Sonic House, which has nine geological microphones that are located in the concrete basis of the house. They have the specific feature to capture and amplify the sounds of the moving tectonic plates below. He also added one more element to the sound map of his house – the steps of his guests. He mounted microphones under the stairs within the house and when somebody is climbing the sound reminds of large xylophone. The situation will become really “interesting” if a horde of kids is running along the staircase during an earthquake...
On the internet could be found even websites where sounds of earthquakes are gathered from all across the world and users could mix them in different manners in order to create music.

At the moment recording of the Earth crust sounds is more impressive and interesting rather than useful. But probably in the future such records may be used for predicting earthquakes and help us get more knowledge about the planet we live on.