The World Bank took a tough position on climate action recently, announcing its plans to discontinue support of any upstream oil and gas projects in 2019.

Developing countries which rely on fossil fuels may be facing economic consequences, in addition to the much-reported environmental effects.

The World Bank recently announced its intentions to discontinue its financing of any upstream oil as well as gas projects in 2019. The statement by the international financial institution was delivered at the One Planet Summit in commemoration of the two-year anniversary of the historic Paris Climate Agreement, where the World Bank promised to "align its support to countries to meet their Paris goals." French President Emmanuel Macron organized the influential meeting.

The announcement, which will cover all financial support given for gas and oil exploration, was made on December 12th. It’s part of an environmentally-conscious series of actions the World Bank has taken in recent years, beginning with its promise to dedicate 28% of its project portfolio to climate action by the year 2020. A video of the lengthy Plenary Session was made available:

In addition to its commitment related to financing upstream gas and oil projects, the World Bank outlined 4 additional key points:

• Forming more partnerships to coordinate work with more coalitions, members of civil society and non-governmental organizations (NGOs) that are dedicated to climate action. 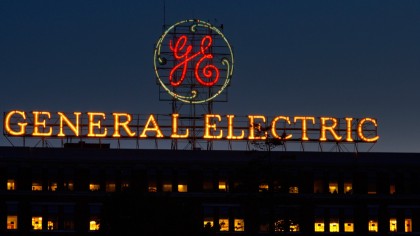 The World Bank’s announcement represents another disappointment for the industries supported by fossil fuel energy. A growing body of research has proven in many cases that the economic benefits of renewable energy use far outweigh those of competing alternatives used in coal power plants.

In 2016, findings were shared indicating that the prices of wind and solar energy had surpassed electric generating sources derived from fossil fuels for the first time. The information was shared at last year’s Terawatt Workshop, an annual meeting convened by the Global Alliance of Solar Energy Research Institutes. The most relevant piece of information: the costs of solar photovoltaic power could drop to as low as 3¢ per kWh by 2020, this compared to the average current costs of 5¢ per kWh.

National Renewable Energy Laboratory (NREL) Director Nancy Haegel explains the potential that the photovoltaic (PV) industry has, with the proper support, to sustain a healthy growth: “When we came together, there was a consensus that the global PV industry is on a clear trajectory to reach the multi-terawatt scale over the next decade,” adding, “However, reaching the full potential for PV technology in the global energy economy will require continued advances in science and technology. Bringing the global research community together to solve challenges related to realizing this goal is a key step in that direction.”

The world is looking forward, with growing excitement, towards the climate action goal year of 2020 that has been embraced by so many organizations.

No more transistors: The end of Moore’s law