Iron ore mining company Rio Tinto successfully pulled off a 100km test run of an unmanned heavy train in Pilbara, which could mean big changes in terms of productivity and operational effectiveness.

Rio Tinto announced its victory in achieving the first completely unmanned heavy rail journey in the Pilbara region of Australia. The arid, sparsely populated region in Australia’s northwest is a crucial mining area. The iron ore mining corporation has plans to create a network involving several trains of this kind in the region towards the end of 2018.

AutoHaul program was the name given to the successful pilot run, which was completed without any driver. The train route, which covers close to 100km, started in Wombat Junction and terminated in Paraburdoo.

A few facts about the train operation:

• Autonomous mode began in the first quarter of this year.

• The large operation covers 1700km in the region.

• Roughly 200 locomotives have the enormous task of transporting the precious ore gathered from 16 mines to Rio’s four port terminals.

• About half of the pooled fleet currently have autonomous mode capabilities, with the drivers onboard.

• An impressive 90% of the pooled fleet production tonnes would benefit from the AutoHaul program.

There are many in the Rio Tinto team who believe that the unmanned trains will be the perfect solution for providing more efficient transportation options in and around work sites. The trip was monitored jointly by them and Office of the National Rail Safety Regulator as it took place, some from the Perth Airport-based Rio Tinto operations center, and others on the ground as well.

Despite the success of the trip, more work will need to be done to satisfy safety and regulatory standards set forward by local administration. On the subject of the numerous benefits the train will provide for Rio Tinto, as well as his optimism due to safety goals being achieved, iron ore Chief Executive Chris Salisbury shared his vision: 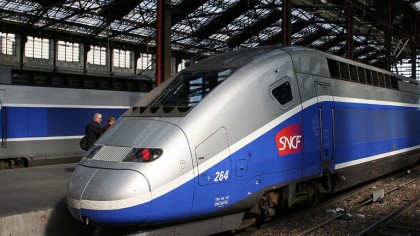 “Gains from AutoHaul are already being realized, including reduced variability and increased speed across the network, helping to reduce average cycle times.”

“Rio Tinto is proud to be a leader in innovation and autonomous technology in the global mining industry which is delivering long-term competitive advantages as we build the mines of the future.

“New roles are being created to manage our future operations and we are preparing our current workforce for new ways of working to ensure they remain part of our industry.”

Are the Winds of Change Blowing in Pilbara?

As the Chinese government eyes raw materials alternatives, specifically for iron ore, to feed its rapacious drive for production, it has looked to large agricultural developing countries in West Africa and Brazil to fulfill this need. It is the opinion of several industry insiders that in the area of iron ore mining, Brazil may be in position to outpace Australia.

Another reality is the effect the unmanned locomotives could have on the team of train operators, roughly 400: by some estimates, they are the highest-paid in their profession worldwide.

Still, it remains to be seen what kinds of larger safety and productivity issues will be satisfied with the innovations, beyond those that respond to international business interests.