Ask a bunch of kids what they want to do when they grow up and you’ll likely find one that wants to be an astronaut. And if they work hard at school they might just end up at the latest space training center in the UK. The world’s first private astronaut training center will be built in Bedfordshire this year and it will accept its first paying clients in 2020. 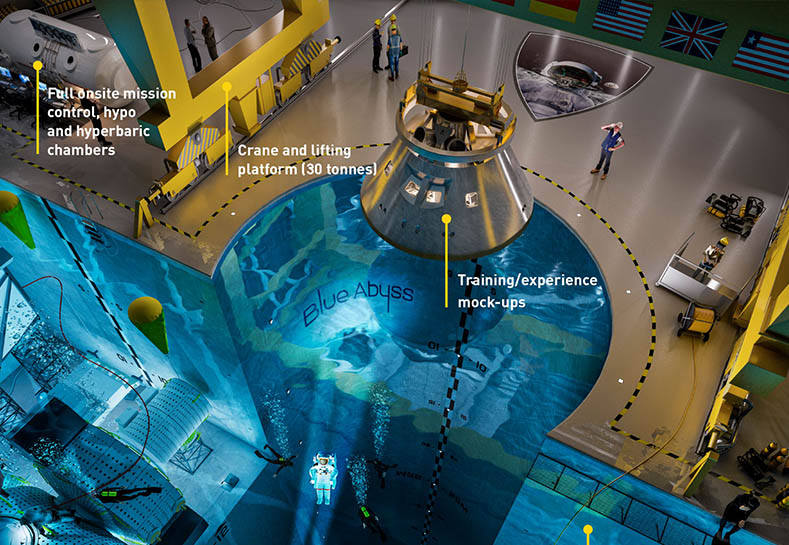 The specialized equipment of the private astronaut training center includes a centrifuge base that gives future space travelers the opportunity to experience extreme G-forces as part of their training program. The huge pool will also provide space for testing of new submersible technologies including equipment used by oil, gas and renewable companies.

Universities and Science Minister Jo Johnson said: “The Space Industry Bill will ensure the UK remains a leading player in the commercial space age by enabling small satellite launch from UK spaceports. The measures in the Bill will help make the UK the most attractive place in Europe for commercial launch and enable UK businesses to capture a growing share of this emerging global market.”

The training center is designed by the architect Robin Partington, who led the team that created the Gherkin Tower in London. Construction will begin this year and the facility should be launched by the end of 2019.

Private space travel is being aggressively developed by SpaceX, Virgin and a range of other companies that plan to take paying customers on flights to space. None of the companies who plan these exorbitantly expensive trips have launch dates confirmed but companies are constantly refining technologies and potentially passenger-carrying spacecraft. There are now more private space launches than those from government funded space authorities.

It is expected that potential passengers would need to undergo rigorous health checks and some form of training before being cleared for the risky adventure. The Blue Abyss center will likely be a popular choice for European based space companies.