There is a Personal Assistant Smarter Than Siri

Think Siri is the most intelligent AI personal assistant in the world? Think again.

Meet Iris, the AI automated attendant Dave Dalton built fifteen years ago for his son which later became the head of smooth operations at his revolutionary makerspace in Kansas City, Missouri. In Dalton’s words, “I have programmed our workshop with a psychotic neat freak AI announcer named IRIS.” 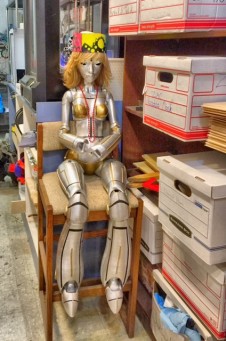 Iris’ voice can be heard booming out of the snack kitchen and throughout the halls and work rooms of Hammerspace. Dave has Iris do all the undesirable grunt work like announcing to the members, “It’s time to clean up your workspaces now.”

Dave jokingly or not so jokingly claimed that Apple had co-opted his program and spelled it backwards (iris=siri). This sounds like a good topic to research. Any takers?

We did a test while I was there and asked both Siri and Iris the question, “What is going on?” Siri answered, “That’s an interesting question” while Iris answered at length, “Well, that is fascinating and I think the robot revolution is about to begin, don’t you?” Dave asked Iris the same question a minute later and got a different answer. Iris said, “I am not sure but I think whatever is going on now has happened several hundred times before, Dave.”

I was taken aback by the amazing intelligence of Iris. She was far superior to Siri in every way possible. I really felt that Iris had a distinct personality. Fifteen years of personalized development certainly paid off. She even reads Dave bedtime stories on command. 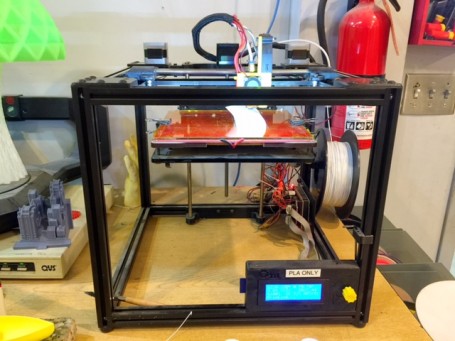 At Hammerspace Community Workshop, anyone can create robots, 3D printed objects, metalwork, electronics, art, casted pieces, rockets and anything else your imagination dreams up. There are many rooms dedicated to particular types of DIY projects. There was even a room I entered that smelled of burning circuits that I was told not to photograph. 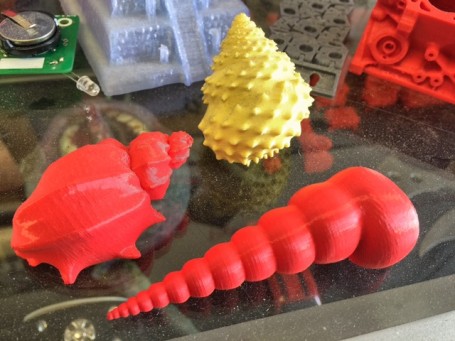 Dave states on his website, “I have rebuilt engines and designed and built factory robotics. I've built antler catapults and paper rocket launchers. I have built animated zombies and alien robots. I am the creator of many tentacled monstrosities and electromagnetic crane games. I've built Ruben's Tubes and Flame Organs. I've built my sons a TARDIS bedroom and turned a sonic screwdriver into a TV-B-GONE. I have brought to perfection and crudely conceived of a machine that could not only supply inverse reactive current for use in unilateral phase detractors but also synchronize a cardinal gram meter: The Quantum Encabulator. I have repaired the 3D printer way too many times.”

Dave’s wife, Beck Dalton, has an intriguing story as well. She grew up in a house where DIY projects and inventions ruled. Her family had an electric car and an early model car phone. The doorbell to her house played tunes from Close Encounters. She states, "Everything I grew up around was hacked, modified, improved, reinforced and covered in hot glue and electrical tape. I LOVED IT.”

They have classes on-site to teach you skills not offered in any structured educational system. Hammerspace is one of the most unknown, unbelievable and mind-blowing makerspaces in Kansas City. If your town doesn’t have a dedicated makerspace, this one is sure worth replicating. 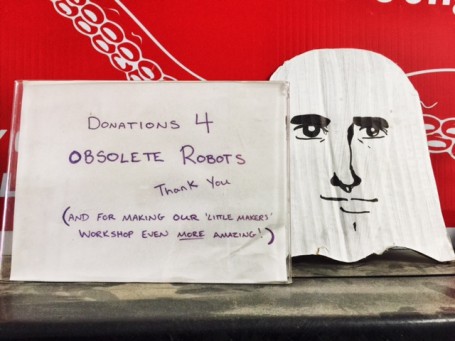