Our widely accepted concepts of time and causality are once again put into questions by yet another quantum physics experiment.

Quantum physics is undoubtedly one of the more intimidating branches of science, a distinction it earned due to the fact that it offers frameworks that are both filled with complexity and seemingly counterintuitive. This means the majority of work done by researchers is about developing methods for better understanding core properties. 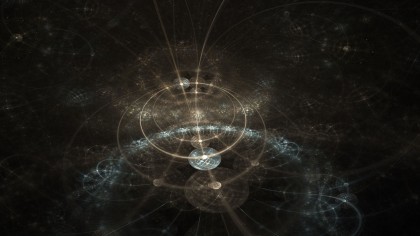 One example of this relates to the concept of defining the properties of particles. An ambitious team of scientists from the University of Queensland set out to do this by looking at the related concept of causality: the short form of it is that events occuring now are caused by past events, and events occurring in the future are caused by present events (in other words the basic recipe of a fictitious time machine).

It presents a problem for particles because of the phenomenon of indefinite causal order: in this scenario, a single particle simultaneously goes through two events. Though the theory itself is not an issue, the frustration for physicists is that in such a situation it becomes impossible to clearly state which of the actions occurred first.

In their experiment, the scientists created two operations, ^A and ^B, and through the use of a photonic quantum switch, superposition--making the particles independent of all their locations within the space--was achieved.  An interferometer--as the name implies, interrupts the possibility of indefinite causal order by splitting and bringing back together the photons.

In the end, by using a causal witness, the team was able to achieve measurement of "18 standard deviations beyond the definite-order bound." This result leads scientists to completely rethink our widely accepted notions of before and after.

This work in some ways is a continuation of an earlier study that appeared last month, also from the same team. It looks at a method involving the use of quantum superposition to get around the challenge of working with depolarizing channels where the noise level presents a problem.

Chipping away at indefinite causal order

Since quantum physics is so heavily grounded in waves and particles, the importance of always finding new and practical measurement techniques--amidst the randomness of concepts like indefinite causal order--is the ultimate aim of researchers working in the area.

In another study from last year, scientists used a quantum switch as part of a process that aimed to maintain quantum coherence: a brief state of superposition that occurs before the particles quantum decoherence happens. Again, the theory itself presented no problem, but for physicists, it became a significant obstacle for measurements.

Stated simply, if two particles were in a race, we would only be able to witness the result of their sprint and not the superposition, without them collapsing or falling into quantum decoherence. The more refined the methods of measurement of these very delicate particles become, the more interest will be generated among quantum physicists to continue the improve the process.

Details about the study appear in an article, titled "Indefinite causal order in a quantum switch", which was accepted in the Physical Review Letters journal earlier this month.

Experiment Shows Massive Bacteria After Hand Washing, Here's What You Should Do Instead

Everything There Is to Know about the New Energy Economy