Comprised of nanocomposite particles, this new robot redefines what it means to be a robot.

In a nanotechnology breakthrough, the Guinness Book of World Records now has a new entry for the world's smallest medical robot. It's so small, in fact, that it cannot be seen with the human eye.

The innovation is forcing roboticists to reconsider what defines a robot.

A team from the University of Texas at San Antonio (UTSA) earned the honor with their tiny medical bot. The device was created by Soutik Betal during his Electrical Engineering doctoral program. Professors Ruyan Guo and Amar Bhalla in the UTSA Department of Electrical and Computer Engineering assisted with the development.

According to Guo, the device didn't come about to try to create a new record. The detachable nanoparticles could lead to medical advancements in the future.

Guo explained, “In a nutshell, we have developed nanocomposite particles that can be remotely controlled by an electromagnetic field. They function like extremely tiny robots that interact with biological cells.”

Two different types of oxide materials are used in the technology's configuration, which researchers describe as a "core and shell" configuration.

The core itself is magnetic and responds to magnetic fields. Those fields function like tiny robots. The shells of the particle is ferroelectric and converts pressure into electric potentials.

It was during extensive testing of the technology that the UTSA team realized they'd come so far on the project. They reached out to international research exchanges in Brazil. The team -- under the leadership of Betal -- noticed something interesting. 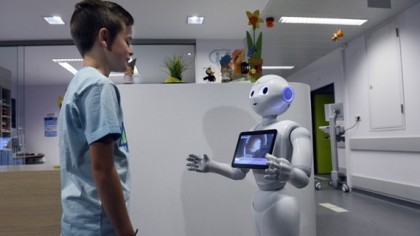 “We were intrigued and initially puzzled at the fact that nanoparticles larger than the opening of a cell membrane’s channels could actually enter inside,” said Guo.

The potential for this technology has yet to be explored, the team admitted. The actual process of filing for and earning the Guinness Book of World Records was something that came after the article was published earlier this year in Nature - Scientific Reports.

“Their abilities leave room for much hope,” Guo said. “We believe cancerous cells may be specifically targeted for treatment eliminating the need for some chemotherapy treatments, and Alzheimer’s disease victims could possibly receive special treatments by aligning cells which have ceased to live in the brain. There is still much work to be done, but we are very happy for this recognition and the potential that lies ahead.”