There's A Vending Machine That Dispenses Used Cars in Nashville 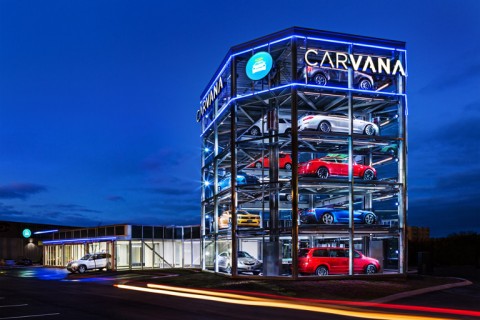 Online used car retailer, Carvana, has successfully cut out the most annoying part of buying a car: the used car salesman. But that's not all. Carvana decided to disrupt the car-buying process even further by giving you the option to pick up your car out of a five-story vending machine. Carvana has built the world's first car vending machines that are handled by robots. Their first car vending machine appeared in Atlanta a few years ago and another was built in Nashville last year.

The process works as follows: after a customer completes a vehicle purchase online, he or she can opt for home delivery or pick-up from the vending machine. They are given an oversized, customized coin that they drop into a slot at the vending location. Once the coin is dropped, the coin initiates the retrieval process which consists of a robotic arm that grabs the customer's purchased car. When the car comes down on the lift, it is transferred to a different robot that drives it down a hallway and parks it in a delivery area. At this point, the customer is free to take it and drive it home. 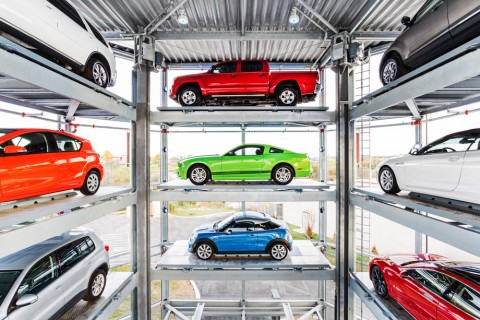 Even if you don't live in Nashville, Carvana will subsidize $200 of your airfare and give you a white glove ride from the airport to the vending machine. The entire car vending experience is digitally recorded and handed to you for future social sharing when you're finished with the transaction.

Also, Carvana has done away with the no return policy that dominates most car dealerships. When a customer purchases a used car from Carvana, they have a 7 -day return policy. The customer is free to return the car during the week if it doesn't meet their expectations.

Another unique aspect of Carvana is their online 360-degree photo process that captures the interior and exterior of every car in their inventory. As you view their cars online, you get a very realistic idea of what the car looks like. They even annotate small blemishes and little defects on their cars so you can be informed of the car's true appearance. This transparent practice is diametrically opposed to what is done in traditional car dealerships, where defects are routinely covered up and made secret.

If there's anyone who knows just how annoying car buying is, it is me. I worked as a salesperson in a car dealership for nearly two years and the experience goes down in my work history as the most depraved work environment ever. The car industry is extremely ripe for disruption. As widespread transparency spreads further and further into every aspect of our lives with companies like Carvana, Tesla and Car Complaints gaining serious traction, the future looks increasingly bright for innovators and a little dim for one of the most reviled professions on the planet, the used car salesman.