ThermoReal Technology Can Make You Feel Hot, Cold and Pain in Virtual Reality

A Korean developer and manufacturer of thermoelectric generators are using their new technology in the virtual/augmented reality and gaming realms. They want to dramatically heighten the realism experience by simulating various physical sensations such as pain, and rise and drop in temperatures. They call their technology ThermoReal, which can be integrated into hardware products used in VR, AR, and gaming devices.

Adding the sense of touch to virtual reality

Current VR, AR, and gaming technology only provide vision and hearing sensations to create an immersive display. But TEGway, a Korean developer and manufacturer of flexible thermal modules, is aiming to bring the sense of temperature into VR/AR and gaming experience. They are using a thermoelectric device, or ThermoReal, that simulates heat, chill, and pain so users can have a more realistic experience.

Typical thermoelectric devices are made semiconductor materials that are arranged rigidly between a type of ceramic substrates (Al2O3). This material is known to be hard and inflexible, which means it can only be given a flat shape or surface. Flat surfaces are deemed ineffective in capturing heat, making conventional thermoelectric devices unsuitable for complex applications such as that of VR/AR and gaming. 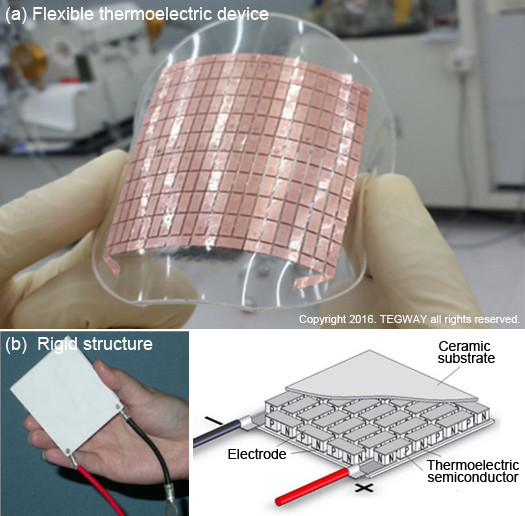 TEGway has developed and reinvented the way thermoelectric devices are structured. They managed to alter the structure of the heat-simulating device using a new process technology. By utilizing BiTe-based materials, the structure of the new ThermoReal device has been improved. A number of field-proven applications using this type of technology confirm it to be the most efficient material to date. This makes TEGway's thermoelectric (TE) technology the world's first "Stand-Alone", high performance, and flexible TE device.

TEGway's ThermoReal device is slim and flexible, capable of simulating temperatures from 4 to 40 degrees Celsius. Moreover, ThermoReal is able to simulate both heat and cold sensations at the same time at different areas on the same surface. The slimness of ThermoReal also eliminates heat loss from the device contrary to thick ceramic substrates where heat loss is a design factor. 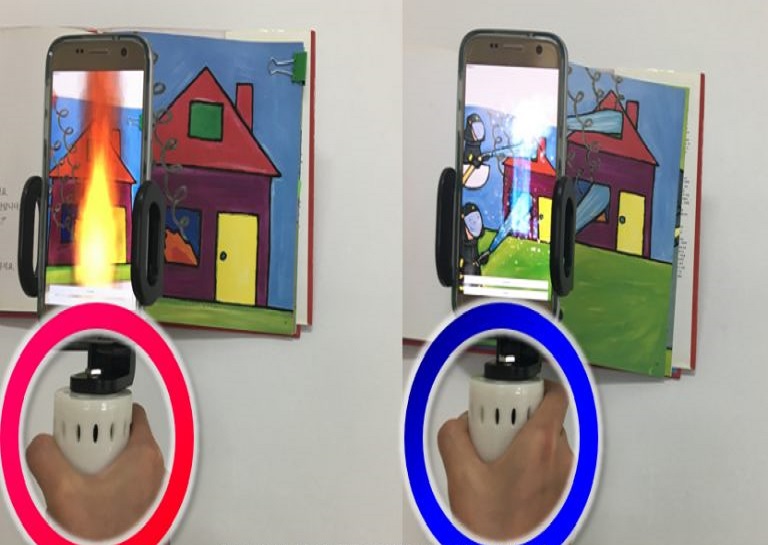 How does ThermoReal actually work?

ThermoReal's TE device works using the phenomenon known as the Seebeck effect. The TE device converts temperature differences into electrical energy, essentially making the device a power generator. It can also function in the reverse manner where applying electric current to the device would create a heat flow between the layer of materials. This causes the TE device to act as a heater or cooler.

TEGway hopes to market their technology to hardware makers for use in immersive VR/AR and gaming experiences. ThermoReal can be integrated into devices like console controllers, joysticks, haptic suits, and more to enhance the virtual experience. The Korean company is also aiming to use their thermoelectric modules for powering wearable sensors and IOT devices.