An architect has teamed up with a housing startup to offer a solution for storm-proof housing for hurricane-prone areas. The result will cost you 2 million USD.

In the wake of the worst Atlantic hurricane season for a long time. Architects and urban planners are scrambling to storm-proof cities to minimize both loss of life and loss of property. New technology and processes will be required to protect land and infrastructure from the powerful water and wind associated with these catastrophic weather events.

Architect, Koen Olthuis has teamed up with a housing startup to develop a hurricane proof house, that ditches land in favor of an aquatic location. The luxury accommodation concept is designed to float on close-to-shore waterways like bays and rivers. The collaboration also claims the novel housing idea is hurricane proof. Called ‘livable yachts' by their creators, the homes are able to survive even the most extreme weather by engaging a hydraulic system that anchors the building to the seafloor and at the same time raising it above the normal water level to prevent flooding.

The ‘yachts’ are reportedly solar powered and collect rainwater for reuse onboard. Details of how the moveable accommodation works are still thin, but the concept will be launched fully at the Fort Lauderdale International Boat Show later this month. 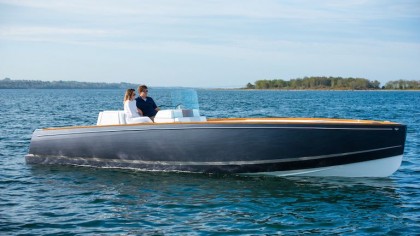 Housing startup, Arkup describe their companies vision saying: “Urban growth, rising seas, and energy independence are key challenges for our generation. Our solution is a unique avant-garde concept of life on the water. A combination of research in renewable energies, technological innovation and cutting-edge spatial design and style situates your new home between the sea and the metropolis.”

The first prototype of the design will be able to be visited next year in the Miami River, with sales expected to start the Summer of 2018. The homes will retail for approximately 2 million USD.

Finding appropriate accommodation for the world’s rising population is a critical problem. Population increases usually relate to increases in living in urban areas. This swelling of urban populations puts enormous pressure on often already low housing stock. Once housing becomes scarce, unless controlled by relevant authorities, the price of accommodation can rise dramatically, pushing out low-income earners. While the Arkup vision of living yachts is for the moment aimed at a high-end luxury market, the concept could be applied to provide mass housing in cities where accommodation is a problem. By using the principles of the Arkup buildings, new off-grid floating micro cities could be designed that would provide an environmentally friendly way to counter the lack of accommodation in many of the world's cities.

A collaboration between Baca Architects and Floating Homes Ltd is seeking to lessen the housing crisis in Greater London. The team's conceptual design consisted of a series of floating homes along London's underused London canals. The prefab buildings would be able to house 7500 people in housing need. The designers claim their unusual proposition would ease the housing crisis with almost immediate effect, the dwellings would be prefabricated and simply dropped onto the site.