These Biodegradable Microsensors Know Everything About Your Food

A team of researchers developed a biodegradable microsensor to track temperature changes on fresh produce.

Imagine going to a local food market and knowing exactly how long a particular piece of produce was sitting on a shelf. Shoppers could know exactly how fresh the fish was or at precisely what temperature the milk was refrigerated. A new type of biodegradable microsensor could tell us that and so much more about our food.

A team of researchers developed the microsensor specifically for temperature measurements. Typically, microchips contain precious metals that can be harmful if ingested by humans. Thus, there's been a growing interest in microsensors made from non-toxic materials. 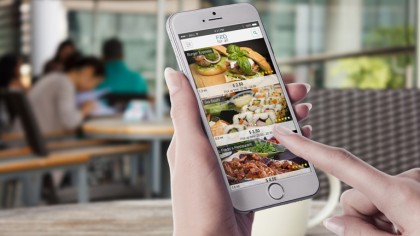 Giovanni Salvatore is a post-doc candidate with the Electronics Laboratory at ETH Zurich. He and his team reported their findings in a recent issue of the scientific journal Advanced Functional Materials. Salvatore firmly believes his biodegradable microsensors have a lot of potential in the increasingly high-tech food services industry.

"In preparation for transport to Europe, fish from Japan could be fitted with tiny temperature sensors, allowing them to be continuously monitored to ensure they are kept at a cool enough temperature," he said. The sensors are small, strong, and incredibly flexible with the ability to adhere to anything from textured produce to slippery fish. And, as of the most recent report, the sensors keep functioning for one day while completely submerged in water -- making it more adaptable to certain types of food.

The tiny sensor is just 16 micrometers thick. That's considerably thinner than the width of the human hair which averages 100 micrometers in thickness. A single sensor only weighs a fraction of a milligram. The degrading process takes roughly 67 days when dissolved in a one-percent saline solution.

"But it's relatively easy to extend the operating life by adjusting the thickness of the polymer," Salvatore said. While a thicker sensor would last longer, it would affect the overall flexibility of the microsensor. The sensor is so thin that it still works even while completely folded in half or wadded up. It also works even if stretched to 10 percent its original size. To see the microsensor in action, check out the video below:

The biggest problem for Salvatore moving forward comes in the high production costs. It's also incredibly time-consuming, he noted. However, he's not giving up hope and he's confident that he'll soon develop a method to make electronic circuit printing even easier.

"Once the price of biosensors falls enough, they could be used virtually anywhere," Salvatore said, going as far as to predict that the sensors will be part of everyday life in five to 10 years. He also wants to expand the different measuring quantities. He said one day soon, the microchips will measure pressure, gas build-up and even UV exposure.

Non-biodegradable versions of the chip exist that include a microprocessor and Bluetooth transmitter. This lets researchers track produce temperature with their phones up to a 20-meter range. However, another challenge for the team remains, putting that technology in the biodegradable version of the microsensor. Grocery store goers could one day be scanning the produce directly rather than checking sell-by and expiration dates.

The next major step for the team is how to create a biocompatible energy source to power the sensor in a 'clean' manner.