These Cool Sunglasses Can Vibrate Music Through Your Skull

Sunglasses that play music via bone conduction? Yup - you heard right. Introducing the Zungle Panther. This hybrid between sunglasses and headphones is a must have. Looking like your run of the mill wayfarers, the Zungle Panthers hold a little secret. They can play music and answer your phone calls. The lightweight glasses use Bluetooth bone conduction technology. Basically, they pick up the audio signal from your phone via Bluetooth and play the music directly to your skull! So you hear the music via vibrations to the bones of your face and jaw. 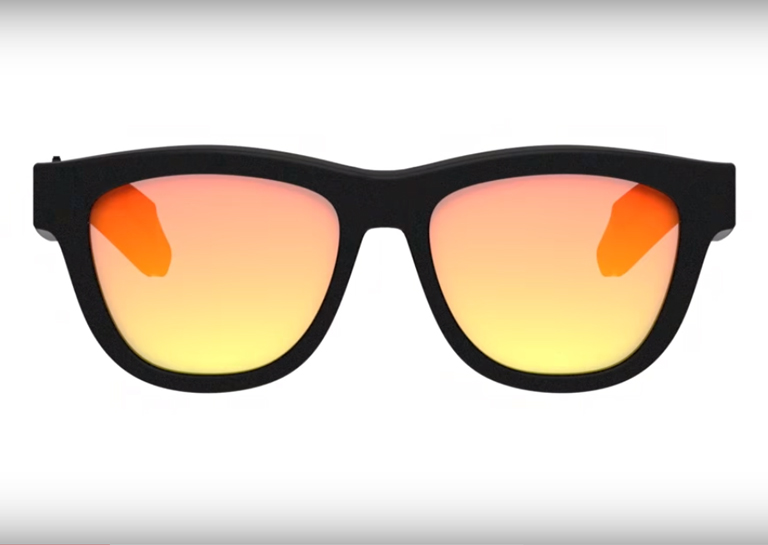 The great thing about this technology is that the sound waves miss your outer and middle ear area, the areas where the most damage is done through excessive sound. This also means the person next to you doesn't have to enjoy your choice of tunes as you indulge on your commute to work. Only the person wearing the headphones can hear what's playing. The Bluetooth functionality means you can also make and receive phone calls via the built-in mic. As a bonus, the glasses look pretty awesome too, striking a good balance between classic and unusual.

The glasses are recharged by a nifty hidden USB plug and have a playtime of about 4 hours. Better still, they are waterproof. The product was really well supported on Kickstarter, receiving over a million dollars in funding last year. You can pre-order on the Jungle website now.

Another massive benefit to bone conduction headphones is that it leaves your ears “open” to street noise. The video on the site shows a bunch of dudes cycling around listening to beats, and while we condone both helmets and a no audio approach to the roads, they do beat normal headphones which leave you susceptible to dangers you can’t hear coming.

While this is the first sunglasses with bone conduction headphones we’ve seen, the technology isn’t new. Though it has been heavily refined in recent years. Some date bone conduction as a musical tool to Beethoven holding a conductor's stick with his teeth while he rested it on the piano as he composed. It has been used in hearing aids since the late 1970’s. The military are big users of the technology too. Headsets that are worn behind the ear, rather than in ear have been used for some time. This technology is most useful in combat as it allows the user to retain full consciousness of ambient sounds while still remaining in communication.

The ability to retain awareness of ambient sound also made the technology popular amongst athletes that play in the public arena like runners and cyclists who require being able to hear their competitors as well as either listen to music or stay in touch with coaches. These types of headphones have increased in quality leaps and bounds in the last few years. There are a bunch of big players out in the market now, pushing for use by both the sports and music industry. This technology will only become better, but if you want to be among the first for the glasses and headphones combo, you'd better act fast!

SEE ALSO: Apple AirPods: Do They Live Up to the Hype?