Chinese researchers developed two types of flexible batteries that run on saline or salty water solution instead of lithium-ion electrolytes. This type of battery technology is highly sought-after in the field of medicine, which also has the potential to treat cancer and other bacterial infections. 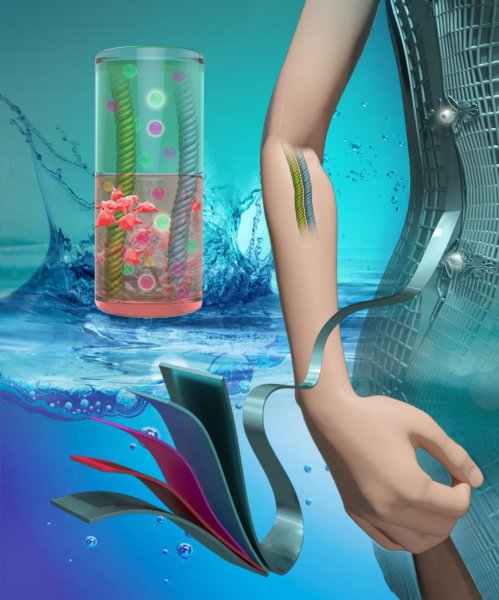 Medical implant and wearable devices traditionally use bulky and rigid lithium-ion batteries to power them. The bulkiness of such batteries can be attributed to extra structural support systems that prevent the batteries from leaking or releasing hazardous substances. But this could all change in the not-too-distant future as researchers from Fudan University and the Collaborative Innovation Center of Chemistry for Energy Materials in China have managed to engineer flexible batteries that can run on "body-inspired liquids such as normal IV saline solution and cell-culture medium". Simply put, the newly engineered batteries are powered by a salt water solution that is biologically compatible. 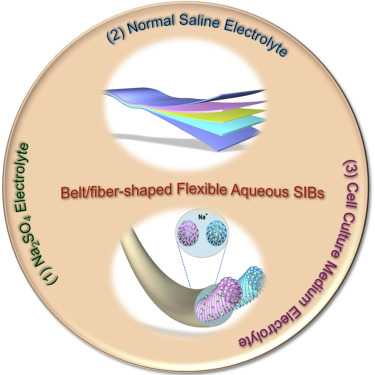 Yonggang Wang, a chemistry professor at Fudan University explained how impractical and hazardous traditional batteries are in the field of medicine.

"Current batteries like the lithium-ion ones used in medical implants generally come in rigid shapes. Additionally, most of the reported flexible batteries are based on flammable organic or corrosive electrolytes, which suffer from safety hazards and poor biocompatibility for wearable devices, let alone implantable ones".

The team of researchers, led by Wang and another professor, Huisheng Peng, eliminated the use of toxic substances in their engineered flexible batteries. They replaced those harmful electrolytes with biocompatible substances that are ideal for implantable devices. The engineered flexible batteries are still expected to leak out electrolytes, however, the physical implications are not as hazardous because the electrolyte substances are based on normal IV saline solution and cell-culture medium. These substances contain biocompatible chemicals such as amino acids, sugars, vitamins, and sodium ions.

Two types of flexible batteries emerged from the team's studies. One is a 2D belt-shaped flexible battery where a net of steel strands is sandwiched between thin electrode films. The other flexible battery the team engineered is a one-dimensional carbon nanotube fiber, which is coated with nanoparticles of electrode material. 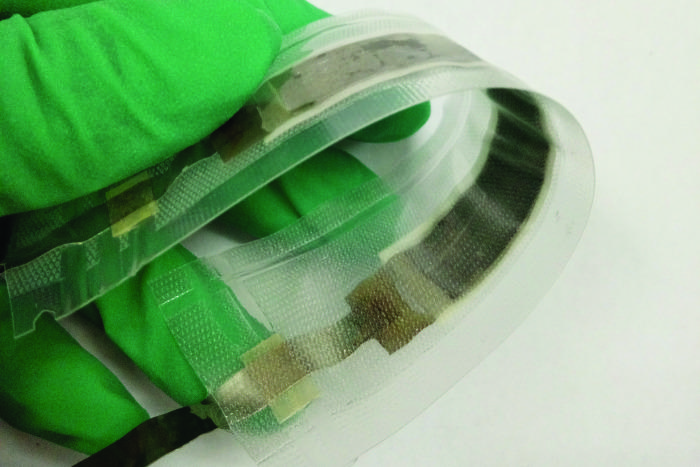 The researchers found that the carbon nanotubes used in the 1D fiber battery can rapidly encourage the conversion of dissolved oxygen into hydroxide ions. This process severely affects the effectiveness of batteries but if considered as a process on its own, the conversion procedure could potentially treat cancer and bacterial infections.

"We can implant these fiber-shaped electrodes into the human body to consume essential oxygen, especially for areas that are difficult for injectable drugs to reach", noted Wang. "Deoxygenation might even wipe out cancerous cells or pathogenic bacteria since they are very sensitive to changes in living environment pH. Of course, this is hypothetical right now, but we hope to investigate further with biologists and medical scientists".

Other chemical solutions such as sodium sulfate were also used by the researchers to play the role of liquid electrolytes in their engineered flexible batteries intended for externally worn devices. The team's experiments on both the 2D and 1D flexible batteries outperformed many of the conventional lithium-ion batteries used on wearable devices in terms of "charge-holding capacity". This opens up numerous applicational use in the field of medical wearable and implant devices that the team hopes to explore.

The paper on this study was published in the Chem Journal via ScienceDirect.