These Impressive Tunnels Were Dug By Ancient Giant Sloths

Tunnels are normally things that are either made by humans or were constructed over thousands or millions of years by water movement. However, in a specific area of South America, there are tunnels large enough for humans to walk through, even some large enough for cars to drive through – but they weren't man-made. They were dug by giant sloths. 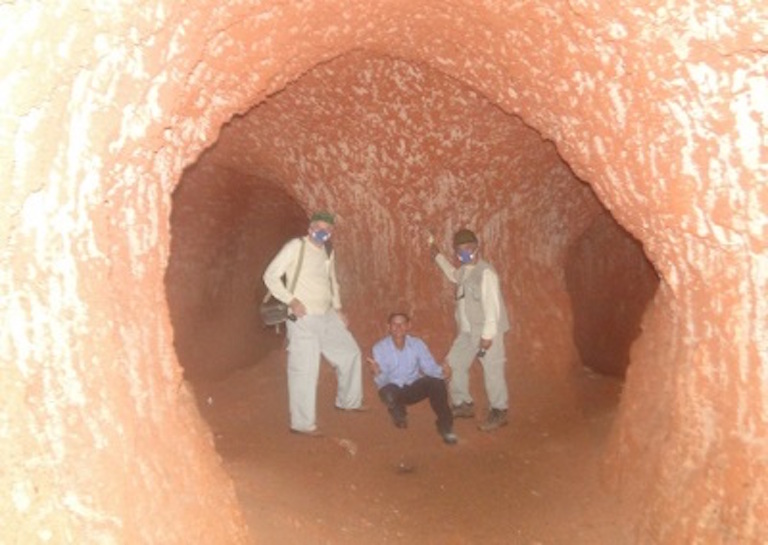 The walls of the tunnels are covered in giant claw marks from the floor to the ceiling. Geologists call the tunnels "paleoburrows," which are believed to have been dug by a now extinct species of giant ground sloth.

Heinrich Frank, a professor at the Federal University of Rio Grande in Brazil found the tunnels by chance while he was touring a construction site. In the small town of Novo Hamburgo in the early 2000s, the tunnels were first discovered leading to years worth of research and discovery of subsequent tunnels.

Little was known about the sloth-dug tunnels before this point and since their initial discovery, Frank and his team of researchers have found more than 1,500 tunnels in Rio Grande do Sul area alone. Many of the larger burrows stretch hundreds of feet long and branch off in various other directions. The largest of which measures 2,000 feet long, 6 feet tall, and varies from 3 to 5 feet wide. When calculated out, this means that 4,000 metric tons of dirt was dug out to create just this one burrow. 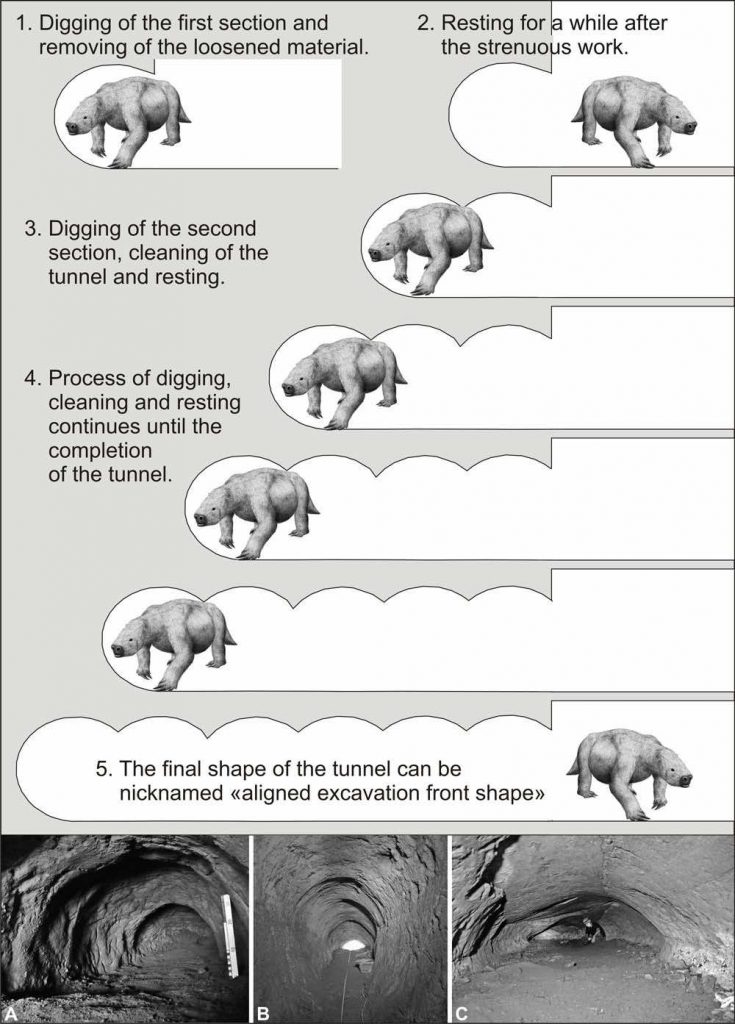 Part of what allows the burrows to grow to be so large is just how dedicated the sloth generations were at digging them. The largest burrow was likely constructed over several generations of sloths working in teams to expand it.

Frank and other researchers are in strong agreement that the burrows were dug by a type of ground sloth that was as big as modern African elephants that lived up until about 10,000 years ago. Assuming Frank is right, these sloths would've been some of the biggest land mammals on earth ever to exist. There is another group of researchers that believe the burrows were created by now-extinct armadillos that would've worked in teams to create the large burrows. The debate can continue about which animal dug the tunnels, but the actual reasoning behind the tunnels' construction in the first place is still trying to be explained. 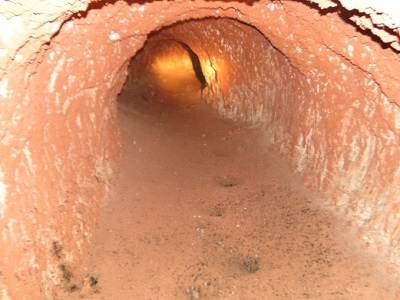 The paleoburrows are distributed oddly when you consider their geography in total. They have been found only in the southern Brazilian states of Rio Grande and Santa Catarina. Only a few of the large tunnels have been found in the northern part of Brazil and even other South American Countries. This evidence suggests that the type of ground sloths that dug these burrows were relegated to a fairly minuscule geographic location for nearly the entirety of their life.

Other scientists, like Greg McDonald, a paleontologist, believe that just because the burrows haven't been found in other areas doesn't mean that they don't exist. McDonald states that burrows in other locations were likely overlooked and will be discovered soon.

Whatever the consensus of experts suggests, these burrows are still wonders of ancient animal engineering. In many ways, it can be said that modern man-made tunnels mimic the tunnels of ancient sloths.

SEE ALSO: This Map Shows Where You Would End Up If You Dug Straight Through the Earth