These Incredibly Efficient Batteries Are Made out of Waste Glass Bottles

Lithium ion batteries have become one of technology's most sought after pieces. They're found in most major devices people use on a daily basis, including most cell phones. They could also contribute to better batteries for electric and hybrid vehicles. Chemical, mechanical and electrical engineers alike have been developing ways to not only make this technology safer but also cheaper. One team of researchers from University of California Riverside's Bourns College of Engineering set out to do just that. They made a way to recycle used glass bottles to create nanosilicon anodes crucial to lithium ion batteries.

Changling Li, a grad student in materials science and engineering, served as lead author on the paper. Li noted that one glass bottle can make up to hundreds of coin cell batteries.

“We started with a waste product that was headed for the landfill and created batteries that stored more energy, charged faster, and were more stable than commercial coin cell batteries. Hence, we have very promising candidates for next-generation lithium-ion batteries,” Li said. 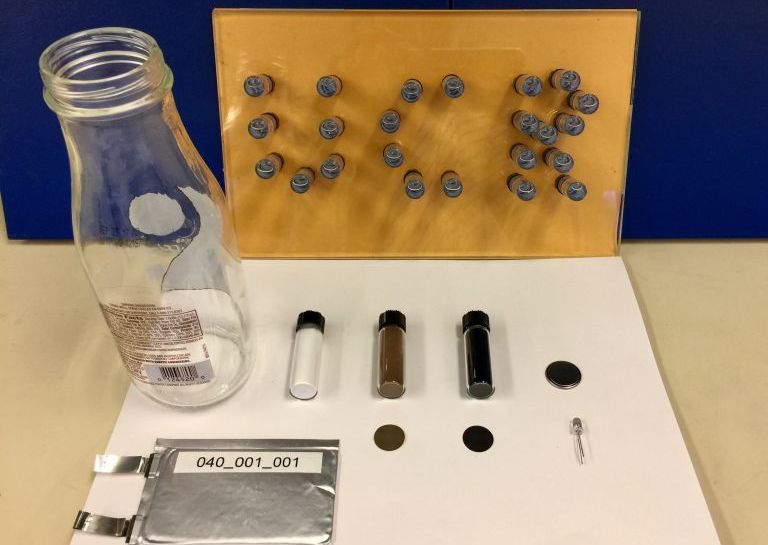 Glass products are 100 percent recyclable, and recycled glass is one of the most reused materials on earth. In the United States alone, over 40 percent of all beer and soft drink glass bottles get recycled. An additional 34 percent of wine and liquor bottles make it to the recycling bin as well. Despite these increasing recycling numbers, billions of glass bottles and shards end up in landfills yearly. This triggered the research team to think about the possible silicon piling up in rubbish areas.

"The conversion from un-recycled glass to favorable materials is of great significance for sustainable strategies," the team noted in their paper. "Recently, silicon has been an exceptional anode material towards large-scale energy storage applications."

The process of turning glass bottles into batteries

The team crushed up the glass bottles into a fine white powder. That powder then when through a magnesiothermic (high-temperature magnesium) reaction to transform the silicon dioxide into nanostructured silicon. Then they coated the nanoparticles with carbon for additional structure and to boost storage properties.

Silicon anodes, the team noted, can store up to 10 times the energy of a regular graphite anode. However, silicon anodes can become more unstable as they get scaled up. By making smaller anodes (even to the nanoscale), the risk of instability reduces considerably. The researchers created half-cell batteries that still managed to store four times more than conventional graphite anodes while keeping the risk of instability low.

The team has currently filed a patent for their innovations. You can read the full paper published in the Nature journal Scientific Reports.