These Ingestible Sensors Can Track the Gases In Your Gut

An Australian team of researchers developed a sensor-filled pill that can take readings of the gasses in someone's stomach.

At the start of each year, millions of people resolve to get healthier. A massive part of that resolution involves changing diets, but not all diets are created equal. In fact, the successes of most diets boil down to how well our microbes interact with the food in our guts. A team of researchers just streamlined the process to figure out how particular foods react with our digestive systems thanks to an interesting new gadget. These edible devices pass through a digestive tract and take measurements of the gases throughout your intestines. Those gases clue scientists in to what's actually occurring in someone's stomach, according to professor Kourosh Kalantar-zadeh of RMIT University in Melbourne, Australia.

"We found that the stomach releases oxidising chemicals to break down and beat foreign compounds that are staying in the stomach for longer than usual," Kalantar-zadeh, who also led the study and co-invented the capsule, said. "This could represent a gastric protection system against foreign bodies. Such an immune mechanism has never been reported before."

The device only comes in at a tiny 2.6 cm long, but it packs an impressive amount of equipment for such a small space. It includes sensors for oxygen, carbon dioxide, and hydrogen -- all of which change in volume depending on what we're eating throughout the day.

During the trial, the researchers took the measurements of six volunteers every five minutes and recorded the data. They were tracking both high and low fiber diets and the effects of fiber on those gas levels. The biggest takeaway from the trial was that gas readouts could help diagnose digestive issues in people who might possibly have an intolerance to certain foods.

The device also led to an unexpected observation about an important part of the digestive system. The trials showed researchers that the colon may contain oxygen.

"Trials showed the presence of high concentrations of oxygen in the colon under an extremely high-fibre diet," Kalantar-zadeh said. "This contradicts the old belief that the colon is always oxygen free.

"This new information could help us better understand how debilitating diseases like colon cancer occur."

Colon cancer is one of the most aggressive forms of cancer. In the United States alone, roughly 140,000 people are diagnosed with it each year. Of that number, an average of 50,000 die from it yearly.

"Previously, we have had to rely on faecal samples or surgery to sample and analyse microbes in the gut," Kalantar-zadeh said.

"But this meant measuring them when they are not a true reflection of the gut microbiota at that time. Our capsule will offer a non-invasive method to measure microbiome activity." 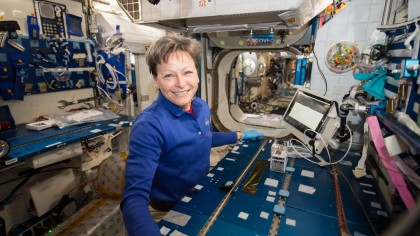 Co-inventor Kyle Berean said that the trials really were safe with absolutely no chance of, well, 'retention.' Berean said the successes of this small trial could ideally be scaled up and even put on the market to give doctors another tool in helping patients struggling with food-related/digestive ailments.

"Our ingestible sensors offer a potential diagnostic tool for many disorders of the gut from food nutrient malabsorption to colon cancer. It is good news that a less invasive procedure will now be an option for so many people in the future.

"We have partnered with Planet Innovation to establish a company called Atmo Biosiences and bring the product to market.

"This will lead to Phase II human trials, and help raise the funds needed place this safe and revolutionary gut monitoring and diagnostic device into the hands of patients and medical professionals."