These Marine Robots Have Been Programmed to Take Calculated Risks

These Autonomous Underwater Vehicles can now weigh the risks versus the rewards of exploring an unknown oceanic region in order to go further than ever before.

Autonomous robots seem to be all the rage now. From helping deliver our post to helping while shopping, it seems more and more of these robotic vehicles are entering our lives and lending a helping hand.

Now, MIT engineers have introduced an algorithm that allows marine robots to take calculated risks to further their research of our vast and unknown oceans.

Called Autonomous Underwater Vehicles (AUVs), these robots can now weigh the risks and dangers of exploring an unknown oceanic region to go further with their exploration hopefully safely. 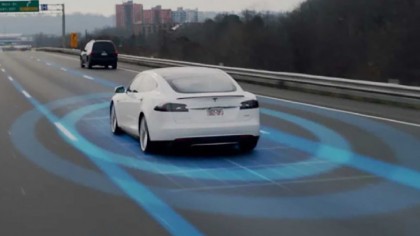 “If we were very conservative with our expensive vehicle, saying its survivability was paramount above all, then we wouldn’t find anything of interest,” Ayton says.

“But if we understand there’s a tradeoff between the reward of what you gather, and the risk or threat of going toward these dangerous geographies, we can take certain risks when it’s worthwhile.”

According to the researchers, their algorithm is the first to enable “risk-bounded adaptive sampling.” This means that AUVs can measure and evaluate the path they are on and consider whether the risk of going further is worth it or not.

The researchers tested their algorithm by simulating an AUV mission at a depth of 15 meters east of Boston Harbor. They set three scenarios of acceptable risk in the AUV and watched how it handled each one.

What they found was that the AUV took a range of paths according to the pre-set conditions. The lowest risk led to a very conservative path whereas the highest one saw the vehicle go all the way through a narrow chasm.

The researchers also spent two weeks testing this algorithm and others off the coast of Costa Rica looking for oil seeps. They found that by far and large the algorithms' path planning was in agreement with those proposed by several onboard geologists.

The algorithms even learned and adapted from their past paths. “What was really interesting was to watch how the machine algorithms began to ‘learn’ after the findings of several dives, and began to choose sites that we geologists might not have chosen initially,” said Lori Summa, a geologist and guest investigator at the Woods Hole Oceanographic Institution, who took part in the cruise.

“This part of the process is still evolving, but it was exciting to watch the algorithms begin to identify the new patterns from large amounts of data, and couple that information to an efficient, ‘safe’ search strategy.”

The researchers hope to use such algorithms to one day explore environments beyond Earth. And since the project was supported by NASA we can only imagine the wonderful places these AUVs may head next.