Ocean drones, thanks to the project collaborations and research and development steps taken by California-based Saildrone, are becoming invaluable tools for tracking climate change indicators.

If you’re out boating and spot a bright red, unmanned boat resembling a surfboard that seems to be floating aimlessly along the water, don’t be alarmed. It’s actually a “saildrone”, an autonomous vessel which was designed for the sole purpose of collecting valuable data that will reveal more clues and serve as vital information related to climate change.

In order to get a complete picture of the situation, the saildrones will be making their way from the Arctic to the equator. A few important details about the design and capabilities of the unmanned cruisers:

-Each one is equipped with 16 sensors for testing a number of important variables, some of which include acidity, currents, carbon dioxide levels and water temperature.

-A 6-meter-high sail made of carbon fiber will top off each drone.

-The ocean drones will move at only 5-8 kilometers per hour, the ideal speed for data collection.

-GPS guides the drones and a remote rudder controls them.

One advantage of having an unmanned boat carrying out the duties that are typically performed on manned research ships is the significant cost differences. Saildrone, the California-based company for which the drone is named, has stated that its drones can operate at only 5% of the total operating cost of the manned vessel equivalent:

"Beyond its significant commercial demand in industries ranging from fishing to government, [Saildrone] is helping directly measure and thus combat the effects of climate change," said venture capitalist and Saildrone investor Chamath Palihapitiya.

What’s more, they are completely wind and solar powered, and built to endure extreme weather conditions: “They’re designed to survive storms, to survive icy conditions, to survive long periods at sea which have never been done before.” explains Saildrone COO Sebastien de Halleux.

The other good news is that several competitor companies are producing ocean drones, which means that joint cooperations with various government agencies should be on the increase, and their legitimacy as viable alternatives to manned vessels will continue to rise. This would be good news for the young company, which has logged a total of only 185,200 kilometers in its 10 years of operation. 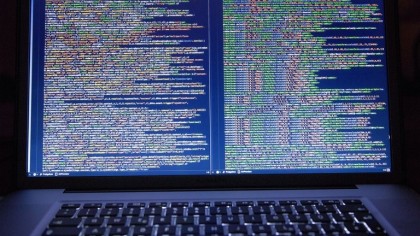 One of their biggest partnerships has been with the U.S. National Oceanic and Atmospheric Administration (NOAA), which includes a six-month equator-bound mission that will study the El Niño weather pattern, as well as a separate mission to the Arctic Ocean to monitor melting ice and collect data on the fish, seal and whale populations. They are also working on a satellite calibration project with NASA for measuring ocean salinity levels from space, and in a completely different direction, a submarine detection project with the U.S. Navy to help with the fight against illegal drug trafficking.

"The idea is that a fleet of Saildrones can stay at sea essentially permanently ... and extend a sort of border control," said de Halleux, adding about future plans to ramp up operations, "Our goal is to deploy 1,000 Saildrones, and that would give us in real time -- in high resolution -- the pulse of the planet," said de Halleux.