The Graphene Flagship in cooperation with the Institute of Photonic Sciences (ICFO) have been developing some of the most impressive graphene-based wearables out there. The new devices tackle everything from health monitoring to UV radiation.

The scientists hope the prototypes will be able to turn cell phones into life-saving devices.

From UV detection to fitness tracking

One of ICFO's wearables is the UV patch. This consists of a transparent disposable patch that allows wearers to monitor their level of exposure to UV. The patch connects to a mobile and signals the user when too much sun exposure has been reached.

That's not all these types of patches can measure. ICFO developed another wearable called the fitness band.

This one can measure "heart rate, hydration, oxygen saturation, breathing rate and temperature." This will allow users to adapt both their exercise routines and water intake according to the feedback, keeping them in optimum physical fitness.

The novel device can even be used for other particular circumstances such as for instance high altitudes where oxygen is scarce. In those circumstances, the fitness band can keep oxygen levels in check.

Indeed, it seems this patch can be useful pretty much anywhere.

Spectroscopy devices for everyday use

The cooperation of the two institutes has also led to the creation of "the world's smallest single pixel spectrometer and a graphene-enabled hyperspectral image sensor." Thanks to their graphene foundation, both these devices come with broadband capabilities without the use of conventional expensive and bulky photodetection systems. 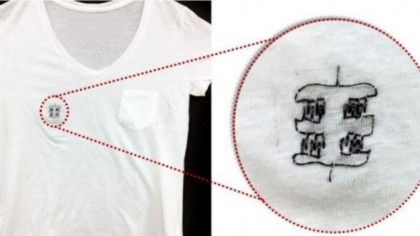 These new spectroscopy devices open the door for regular people to use technology that once was only available in laboratories. "Built into a smart phone camera, the graphene-based camera sensor allows phones to see more than what's visible to the human eye," said Frank Koppens, group leader at Graphene Flagship partner ICFO, and Chair of the Graphene Flagship MWC Committee.

"Made up of hundreds of thousands of photodetectors, this incredibly small sensor is highly sensitive to UV and infrared light."

The researchers argue that these new spectrometers could soon become a necessity in everyday life. The devices could be used to identify everything from counterfeit drugs to harmful substances within a product. They could even provide night vision.

"This technology would allow users in the supermarket to hold the camera to fruit and infer which is the freshest piece. Or, in a more extreme example, the camera could be used for driving in dangerously dense fog by providing augmented outlines of surrounding vehicles on the windscreen."

Now, the question remains: where can we get some of these products?