Pop up cards and books use the element of surprise to delight and amaze audiences at all age levels. But Peter Dahmen takes this age-old technique to greater heights. The talented artist is responsible for some of the most jaw-dropping paper cut pop-ups we have ever seen. Ranging from delicate blooms to towering architectural creations, each pop up is a work of precise art.

Dahmen has been commissioned to create pop-ups for big-name clients such as MOMA and Volksbank Vorarlberg. He also takes on personal commissions designing limited edition wedding invites, product packaging and Christmas cards.

If his gallery of work gets you inspired he has generously added a bunch of brilliant tutorials so you can attempt some of his simpler designs. Each tutorial comes with a free downloadable template. You just need to print it out on strong paper or light card and then follow the video to understand which lines you need to score or cut. The results are truly amazing and would impress even the toughest audiences.

Dahmen has been interested in the possibilities of paper since he was a child. The trained graphic designer became fascinated with the potential of pop-ups after he was tasked to create a three-dimensional graphic from a piece of paper. He realized that to prevent his work being damaged on his commute to work, he should fold it, and his passion for pop-ups began.

The inventor of pop up

Ramon Llull (ca. 1232-1315) was a writer, theologian, and mathematician. He invented a device known as the "Lullian Circle," which was composed of several revolving, affixed circles each annotating an ideal. The discs were cut out and attached so that they could rotate upon each other. Each disc was related to a specific category related to what Llull identified as an essential truth.

The device was invented as a support tool for converting Muslims to the Christian faith. Pop-ups become more commonly popular in the fourteenth century as a tool for medical students to learn anatomy. A book by Andreas Vesalius, printed in 1543 is the most famous examples of these. The book is still praised today for its highly detailed illustrations. In the 1700’s books with moving parts became popular for children. 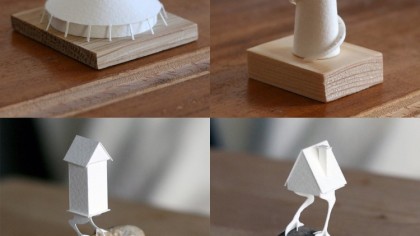 Wonderfully illustrated books with intricate moving parts told stories of adventures and fairy tales. As well as pop-up books another type of paper art known as ‘lift the flap’ style was common. This style of books required children to lift certain flaps on the page to reveal more illustrations or text. It wasn’t until the 1900’s that the term ‘pop-up book’ was coined.

Improvements in mass publishing meant pop-up books became affordable to a wider audience rather than being reserved for the wealthy. Popup books could be printed en masse using cheap materials and so spread quickly through Europe and the United States. Pop-up books and other forms of paper engineering continue to amaze and delight both adults and children.