'Rage Rooms' allow people to take out their anger and pent up frustrations on a number of different gadgets and items all while in a safe space.

People deal with anger in a variety of ways. Some people need a deep inhale and lengthy exhale to calm down. Others can sip on a hot cup of tea and let the stresses of the world fade around them. However, there's a rather decent sized portion of the population that finds therapy in hitting stuff. (Please note, we said 'stuff' and not 'other people.') One recreation center in Canada is helping guests work through their biggest frustrations by letting them smash items in a Rage Room.

The Thundrdome in Calgary allows participants the freedom to smash anything they want (except for each other).

"You go in and get to smash stuff," said Thundrdome director Punteha Farzadmanesh in an interview with CBC News.

Thundrdome will provide you with things to smash

Starting at $20, you can finally smash your ex-girlfriend's old junk that she left behind in peace. Don't want to beat up on your own items? The Thundrdome will provide things for you. For $35 per person, the facility will give you 8 small items, 5 medium items, and 3 large items. For $45 per person, you and your coworkers can take out frustrations about feeling underappreciated at the office. And yes, the office-themed package does sound nearly identical to that scene from Office Space. They even have a printer included.

The Rage Room is only available to those 18 years old or older. (Sorry, teenagers, but you'll have to stick to using fake Hulk hands to get out your aggression.)

The Thundrdome offers plenty of other options for fun, but it's the Rage Room that's really taken off, according to its director.

"The feedback we are getting is unreal," Farzadmanesh said. "Everyone is so excited, so happy."

After you book the package of choice (definitely the office option), you meet with an instructor that gives you the rules of the Rage Room.

"We provide full-blown protective gear. You wear a face mask, chest protector, coveralls, gloves and you must have closed-toe shoes," Farzadmanesh said.  "A lot of people with desk jobs are excited to smash printers. You are also able to bring your own breakable items to the facility, however we like to inspect them just to make sure there is nothing harmful."

The Rage Room website notes that there are targets provided. Thus, the main rule of the Rage Room is to never hit another person with your materials. This rule stays true for nearly all rage rooms across the world. And there are hundreds of them sprouting up.

The Wrecking Club in Manhattan is another popular rage room. There's also the Anger Room which opened in Dallas, Texas in 2008. According to the New York Times, clients showed up in droves during the most recent United States presidential election. Rage Rooms have sprouted up throughout the world, including countries like Australia, Singapore and Budapest. It just goes to show that anger is a universal emotion.

Benefits of "Hulk Smashing" as Therapy 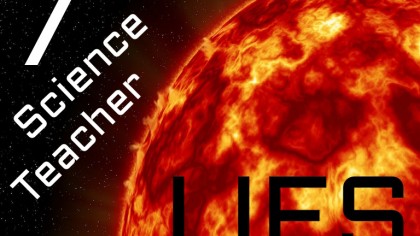 "Destruction therapy" seems like it would be centuries old, but scientists hadn't started giving it serious thought until the last decade or so. "Destructotherapy" is believed to be originated by a Spanish entrepreneur in 2003. He wanted to help his employees vent out anger in safe space and then be able to talk through those actions with a therapist. Since it took off, destructotherapy has largely taken place in open fields (refer back to that iconic Office Space scene) or safe rage rooms.

As for the science behind it? There haven't been extensive studies on the effects of smashing items on the brain. However, that physical activity is sure to release some endorphins and create a bit of a better mood. That hypothesis has clearly not been tested yet.

Via: CBC, The Wrecking Club