These Sheep Can Recognize Faces of Celebrities From Photographs

It was previously thought that sheep didn't have the capacity to discern one face from another, but this experiment shines new light on their inner workings.

There is a misconception out there that sheep are stupid herding animals. However scientific research supports the indisputable fact that sheep are smart and have the brainpower to equal rodents, monkeys and in some cases, even human beings.

A new study from the University of Cambridge has discovered that sheep possess the ability to recognize faces, a skill usually reserved for horses, dogs, humans, and mockingbirds. The research could even aid with neurological disease legwork.

The work was conducted by Franziska Knolle, Rita P. Conclaves, and A. Jennifer Morton.

“These data show that sheep have advanced face-recognition abilities, comparable with those of humans and non-human primates,” claims the authors, published today in Royal Society Open Science. 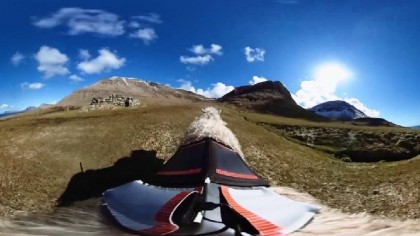 The researchers trained eight sheep to recognize faces of four celebrities from photographs on computer screens, the faces they used were that of Barack Obama, Jake Gyllenhaal, Emma Watson and Fiona Bruce.

They chose these particular faces because of the available images from multiple angles. During the trial, the sheep were then released into a specially constructed pen where they had to distinguish between the celebrity faces and an unknown object or unfamiliar face. Another experiment asked the sheep to discern between their handler and a new visage.

“From a waiting pen, sheep were brought individually into the pre-testing area (figure 1). From there, the sheep entered a one-way ambulatory circuit via an entry corridor. The ambulatory circuit allowed the sheep to self-pace the task without the interference of an experimenter. The sheep self-activated each trial by passing an infra-red sensor in the starting corridor,” explains the study.

Each computer screen image had a reward trough underneath it integrated into the wall, an infrared sensor above each screen captured the sheep’s choice. If they got it right, a treat would dispense into the trough, but if they made an error, a sound would emit from speakers in the enclosure.

About 70 percent of the time, the sheep got it right. This ability also increased with more training but changed as soon as the researchers tilted the faces.

The study will also benefit research into neurodegenerative diseases like Huntington’s Disease, which can harm a person’s ability to distinguish faces. The future of the research could include “investigation of the abilities of sheep to identify emotional expressions on human faces.”

Another study at Cambridge is also using sheep genetically modified to carry the gene for Huntington’s disease. The work is led by neuroscientist Professor Jenny Morton, a co-author of the most recent sheep facial-recognition experiment.

She aims to pinpoint early symptoms of the condition so that hopefully treatment can be developed to slow the progress of the debilitating disease. So far there are only treatments to manage symptoms.

Perhaps both studies combined can produce a better outcome for patients affected by brain conditions or at the very least a new appreciation for sheep.

Via: Gizmodo, The Telegraph, The Guardian