These Standing-Up Airplane Seats Are Designed to Make Flying Cheaper

The SkyRider 2.0 airline seats may open the doors to cheaper travel as their design will allow for more passengers to be squeezed into each plane.

Italian aviation designers have revealed a new airplane seat at AIX 18 that could cram even more people into budget flights. The Skyrider 2.0 from Aviointeriors sees passengers perching rather than sitting in a design that would allow many more people to be accommodated inside existing airplane designs.

The design was unveiled at the recent Airliners Interiors Expo in Hamburg, Germany. The seats would allow budget airlines to fill planes with even more people and less luggage, as the new design does not look like it accommodates any bags that could slide under the seat.

It’s baaaaaack! The AvioInteriors Skyrider saddle seat is returning to #AIX18 after its controversial reception. Will the fact that 28” is normal on low-cost carriers mean that a 23” squat for a (very) short flight seems more #PaxEx palatable? #avgeek pic.twitter.com/zLylr91NiT

Designers and air travel companies have been playing with designs that would maximize seating for several years now, but none of the options for perching to standing look like they are going to really appeal to customers.

Last year Colombian airline VivaColombia told media it was considering ripping sets out of planes all together and making passengers stand.

The company's Chief Executive Officer, William Shaw spoke to local TV, saying, “There are people out there right now researching whether you can fly standing up. We’re very interested in anything that makes travel less expensive.” 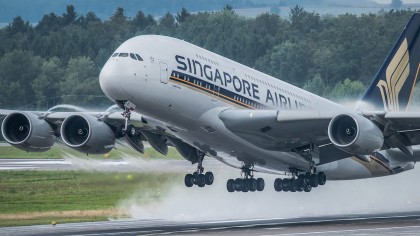 He likened possible minimalist plane seating options to sitting on a bar stool. So far there have been no aviation authorities that have approved any vertical seating options.

Colombian Civil Aviation Director Alfredo Bocanegra responded to the VivaColombia ideas, telling told RCN radio that he does not approve of the idea, saying, “People have to travel like human beings,” he said. “Anyone who had ridden on public mass transport knows that it’s not the best when you’re standing.”

Budget airlines have done all they can in recent years to drop ticket prices. Most now only offer your seat as part of your initial purchase, bags, food, and entertainment all come at an additional cost. But despite this, low-cost airlines repeatedly outsell regular airline companies.

This standing seat design for airplanes could open doors to even cheaper travel.

Hunting down low-cost ticket prices is a serious business. Many websites offer price comparisons, scraping information from airlines' website and compiling it for consumers to find the best deal. This way to look for flights is only getting better as many companies look to use AI to improve search results.

It’s the consumers' drive to go to more lengths to get the cheapest ticket that informs budget airlines to look for ways to put ticket prices down even further.

25 Unique Tools That Will Make Your Life Easier