USBs are installed into structures, sidewalks and even trees throughout the world's cities, users can load whatever files they want onto them. In some instances, the practice has resulted in dangerous exchanges.

Another experimental project is taking hold of New York City, called Dead Drops it's an anonymous peer-to-peer file-sharing network that was created by Berlin-based artist Aram Bartholl in 2010.

The term dead drops originally come from the early days of espionage when exchanging classified material in public required a system of hiding said information behind a loose brick in an alleyway wall or under a flagstone on a towpath.

Bartholl adapted this idea into a kind of technological scavenger hunt where he hides USB flash drives in cities around the planet by embedding them into walls, fences, and curbs. Using holes in the walls and filling them in with concrete and in some cases painting them over to make them look like a seamless part of the environment.

“A Dead Drop is a naked piece of passively powered Universal Serial Bus technology embedded into the city, the only true public space.”

The idea is that interested parties can look up their location, then access the drive by attaching their device to the USB sticking out of the wall. Upon opening the file, the user can use either load what is already there in their memory or add something new and leave it for the next scavenger. Bartholl claims that anyone can install their own “Dead Drop,”

“Everyone is invited to drop or find files on a dead drop. Plug your laptop into a wall, house or pole to share your favorite files and data. Each dead drop is installed empty except a readme.txt file explaining the project,” he wrote in the description for a video showing the process.

Of course, it's a risky thing to do, plugging your computer into a random USB but the site’s FAQ recognizes that.

“This is part of the concept and part of the game … Be aware of that! Secure your system! Boot a virtual machine! Or ask your friend to go first ;-).”

Each untouched drive is empty save for a file containing the company’s manifesto which reads as follows, “A Dead Drop is a naked piece of passively powered Universal Serial Bus technology embedded into the city, the only true public space.”

According to a 2015 article in The Guardian, users didn’t always upload the most innocent of files. A German journalist discovered plans for a bomb on one dead drop in Cologne. 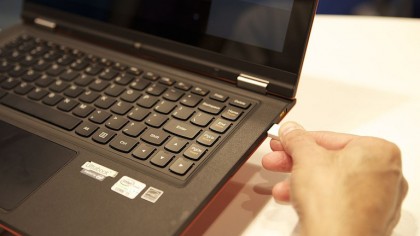 What Would You do if you Found a USB Drive?

“It describes exactly how to make a bomb. Chemical formulas are described, the composition and effect of the individual substances are presented, and the explosive power is explained,” claimed the German Express newspaper.

Despite this disturbing discovery, there are now more than 1,900 dead drops across the world with almost ten terabytes of storage. The first five were hidden in New York City and were featured in the “Talk to Me” exhibit at the MoMA in 2011.

Of course, these pieces of hardware will not last forever; they can be blown away, removed or rust in the rain or snow. The website for “Dead Drops” has also mysteriously disappeared adding to the intrigue of this movement.

Via: Express, The Guardian, Inhabitat