In what sounds like the premise of an Ocean's 11 sequel, Jaguar reported a major robbery of engine parts. The thieves stole a total of roughly $3.7 million worth of equipment from the Jaguar Land Rover facility in the UK.

"We can confirm that we are working closely with West Midlands Police to investigate the theft of engines from the Solihull manufacturing plant. A reward is on offer to anyone who has information which leads to the successful recovery of these engines. It would be inappropriate for us to make any further comment whilst this investigation is ongoing."

The event took place at 10:30 p.m. on January 31st, but information continues to surface even now. Local newspaper the Birmingham Mail continued to uncover new information as the investigation developed. 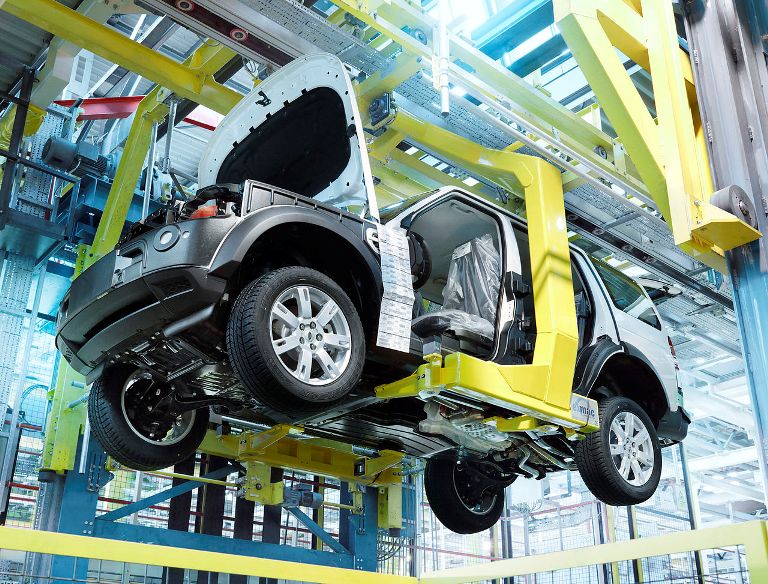 JLR "insiders" told the newspaper that a 40-ton lorry truck entered through a gate manned by security. It then drove up to the depot and hooked up a trailer filled with engines. Once the trailer was securely connected, the truck left the scene.

Police released a statement saying in part that "An articulated truck is believed to have entered the site twice, each time hooking up to trailers carrying the engines and then leaving again through the gate."

The entire theft took only six minutes and occurred in front of CCTV, the Birmingham Mail reported. A reward is being offered for anyone providing information regarding this (rather impressive) theft. When asked by the BBC if any JLR employee was fired in connection with the heist, a spokeswoman for the company refused to comment.

This isn't the first time this year that the JLR Solihull location made headlines. The company was fined 900,000 pounds (roughly $1 million USD) after a worker lost his leg in a plant accident.

SEE ALSO: Find My Phone: Mini-Doc of What Happens to Your Phone After a Theft

Macron refuses PCR test in his Moscow visit. To prevent Russia from stealing his DNA?