ICON's plans to 3D print a house in just one day could be a way of offering cheap, affordable shelter to 1.2 billion people who lack adequate housing.

A start-up based in Austin, Texas will be mass producing small homes using 3D printing technology to find a solution to the problem of affordable housing around the world.

ICON has introduced a new method of producing homes with a massive 3D printer. The company says the process takes just 12 to 24 hours. ICON displayed how it could construct a 650-square-foot house out of cement in one day at the annual film and innovation festival known as SXSW.

ICON hopes to create sustainable and quality homes accessible to everyone in partnership with housing solutions nonprofit New Story.

The company says it can currently build their single-story home for $10,000 using an industrial-sized Vulcan printer but is working to drop that cost to $4,000.

ICON’s main aim is not to just build homes fast, but make them extremely affordable as well. “It’s much cheaper than the typical American home,” ICON co-founder Jason Ballard said.

Recently some Americans also have chosen to downsize into smaller homes but these also cost nearly $40,000 and are only between 200 and 400-square-feet in size.

“ICON believes, as do I, that 3D printing is going to be a method for all kinds of housing,” New Story co-founder Alexandria Lafci added.

A report from the World Resources Institute estimated that 1.2 billion people currently live in cities without affordable or secure housing. The partners plan to build a community of affordable 100 3D-printed homes in El Salvador next year.

The 3D Vulcan printer which was used in making the house is reported to be massive, but still portable. The printer gives out a custom blend of concrete that hardens as it’s printed.

The concrete is laid out in 100 strands that are about one inch thick and hold their shape as they harden. The strength of the printed walls are said to be stronger than cinderblocks after a few days of hardening, but the house is entirely habitable after it’s been set up.

ICON would also like to develop robots in the future that could automatically install the windows, as well drones that could spray-paint the exterior walls. The company is planning to explore the possibility of printing roofs as well. However, the technology for suspending concrete as it prints is not feasible yet.

Other groups working on 3D-printed houses

There are other groups which are working on printing houses. One of them is Apis Cor in Russia. However, ICON thinks that its structure is the first printed house that’s been considered habitable by a local government. 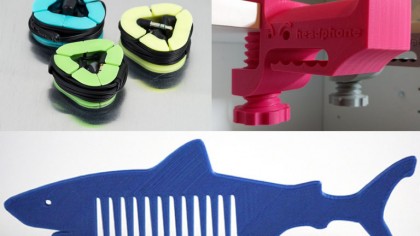 The company hopes to commercialize its house-printing technology in the US in the long run, where housing shortages are reaching alarming levels in some larger cities. 3D printing is already revolutionizing the way products are created and will continue to do so in the future, according to experts.

Take a Tour of This Tiny Houseboat, The 'Blue Turtle'