This 75-Year-Old Mystery Might Give Farmers Fertilizer 'On Demand'

The solution proposed by researchers could lead to cheaper, more energy-efficient ammonia production.

Solving a 75-year-old mystery could help farmers make their own fertilizer by pulling nitrogen from the air.

New research from the Georgia Institute of Technology helps nail down the interactions between nitrogen and a common light-reactive material called titania.

Currently, ammonia plays a key role in creating the most of the world's fertilizer. The fertilizer undergoes the Haber-Bosch process that uses a lot of natural gas.

Producing enough fertilizer for crop production often requires a large number of financial resources as well as environmental ones.

However, this interaction between nitrogen and titanium dioxide reduces the costs involved while also making it more accessible to farmers struggling to afford quality fertilizer.

"In the United States, we have an excellent production and distribution system for fertilizer," explained Georgia Tech mechanical engineering assistant professor Martz Hatzell.

"However, many countries are not able to afford to build Haber-Bosch plants, and may not even have adequate transportation infrastructure to import fertilizers."

"For these regions, photocatalytic nitrogen fixation might be useful for on-demand fertilizer production. Ultimately, this might be a low-cost process that could make fertilizer-based nutrients available to a broader array of farmers," Hatzell noted.

The research was published in the October 29 edition of the Journal of the American Chemical Society.

How a 75-year-old mystery sparked research

The team started its two-year project by analyzing a 1941 paper published by an Indian soils scientist named Seshacharyulu Dhar.

Dhar's paper said there was an increase in ammonia coming from compost exposed to light. He suggested a photocatalytic reaction that was responsible for the ammonia.

Other materials scientists have since tried to tie ammonia to nitrogen and titania, but none of the results gave a consistent conclusion.

Using the body of preexisting work, the team used X-ray photoelectron spectroscopy (XPS) to track changes in the surface of titania as nitrogen, water, and oxygen interacted with its surfaces.

Initially, the team tracked no changes in the nitrogen fixation caused by surface contamination with carbon.

"Prior to testing, the samples are cleaned to remove nearly all the trace carbon from the surface, however during experiments carbon from various sources (gases and the vacuum chamber) can introduce trace amount of carbon back onto the sample," Hatzell explained.

"What we observed was that reduced nitrogen species only were detected if there was a degree of carbon on the sample."

The hydrocarbon contamination could also be why previous research didn't have the same results. 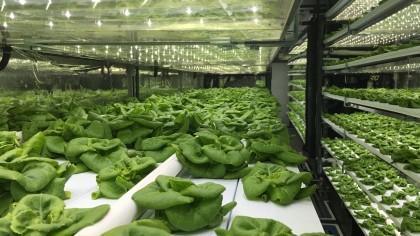 "We think this explains the puzzling results that had been reported in the literature, and we hope it gives insights into how to engineer new catalysts using this 75-year-old mystery," Medford said.

"Often the best catalysts are materials that are very pristine and made in a clean room. Here you have just the opposite -- this reaction actually needs the impurities, which could be beneficial for sustainable applications in farming."

And in later studies from Hatzell's group, they found low levels of ammonia in lab scale tests.

"While this may sound ridiculous from a practical perspective at first, if you actually look at the needs of the problem and the fact that sunlight and nitrogen from the air are free, on a cost basis it starts to look more interesting," Medford said.

"If you could operate a small-scale ammonia production facility with enough capacity for one farm, you have immediately made a difference."

This 17-Year-Old Has Created the Ultimate Coronavirus Crisis Website