Even though it sounds ripped from the pages of a Spider-Man comic, this innovation came from a lab in the UK.

Five years of work between a spider expert and a chemist resulted in antibiotic spider silk. The synthetic material, produced by a team at the University of Nottingham, can be used to heal wounds and deliver medicine. It uses the silk synthesized from E. Coli and infuses it with other substances. These additional molecules are "clicked" into place, thus showing how 'click chemistry' can be used to affect a substance. 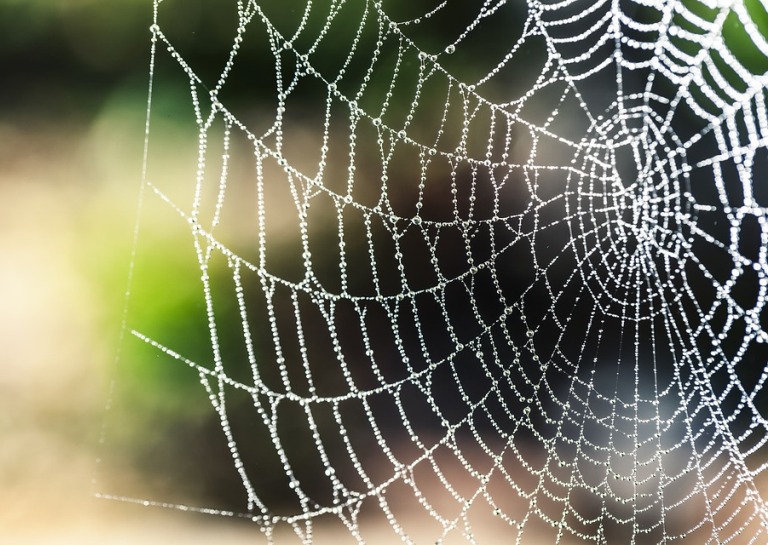 Spider silks themselves open up doors for both engineering and medical research. Spiders can produce up to seven unique types of silk depending on the situation. Dragline silks (the ones most commonly used) have insanely beneficial properties. They absorb a lot of energy while still having a high tensile strength. Researchers with both Biomolecular Sciences and Chemistry duplicated this spider silk with a structure able to withstand adding and losing certain molecules.

"Our technique allows the rapid generation of biocompatible, mono or multi-functionalised silk structures for use in a wide range of applications. These will be particularly useful in the fields of tissue engineering and biomedicine."

The entire process would be similar to untreated fibers before becoming yarn. You can add dye to fiber before weaving it together. Similarly, the researchers add molecules to the antibiotic silk before spinning it into a larger bandage. That bandage could easily disperse necessary medicine at a steady rate. Thomas explains it as such:

"There is the possibility of using the silk in advanced dressings for the treatment of slow-healing wounds such as diabetic ulcers. Using our technique infection could be prevented over weeks or months by the controlled release of antibiotics. At the same time, tissue regeneration is accelerated by silk fibers functioning as a temporary scaffold before being biodegraded."

This isn't the first time in history that silk was used as a medical bandage. The ancient Greeks used spider web clusters to stop bleeding in soldiers. They combined honey and vinegar to clean out the wounds. Then a wad of spider webs would be placed on top and held until the bleeding reduced.

According to the lead researchers themselves, the whole process was artfully spun together entirely by chance. Thomas and Sara Goodacre from the School of Life Sciences met five years ago.

Goodacre stood before colleagues and described spider silk, its properties and its history of benefits. She then asked the audience if anyone could help her make some.

"At the end of the session Neil came up to me and said 'I think my group could make that,'" she recalled. "He also suggested that there might be more interesting 'tweaks' one could make so that the silk could be 'decorated' with different, useful, compounds either permanently or which could be released over time due to a change in the acidity of the environment."

The team hints that the last five years is just the start. They want to proceed with further research, possibly looking at other spiders and their unique silks for more inspiration.

And for reference on just how strong normal spider silk is, check out this video below from Nerdist's Kyle Hill:

You can find the team's entire research published in the latest issue of Advanced Materials.

SEE ALSO: Move Over Spider-Man, and Make Room for... Silkworm-Man?