The new images full of color give a unique perspective on history, allowing the viewer to understand the story told in each photo.

Amaral is careful to preserve the accuracy and detail of each photograph and collaborates with expert historians to make sure the color of materials and clothes is accurate.

Amaral’s work ranges from portraits of important historical figures to famous journalist photos that capture the essence of historic moments.

The artist has teamed up with leading British historian, Dan Jones to create a captivating book; The Colour of Time: A New History Of The World, 1850-1960.

The coffee table book charts the rise and fall of empires, the achievements of science, industry and the arts, the tragedies of war and the politics of peace, and the lives of men and women who made history. The historical narrative is accompanied by more than 200 color images that bring the history to life.

Dan Jones is a historian, broadcaster and award-winning journalist as well as the author of award-winning books including The Plantagenets, Magna Carta and The Templars. He has used his extensive experience to weave a historical story that charts the world-changing events from from the reign of Queen Victoria and the US Civil War to the Cuban Missile Crisis and beginning of the Space Age.

The defendants including Nazi Party officials and high-ranking military officers along with German industrialists, lawyers, and doctors, were indicted on such charges as crimes against peace and crimes against humanity. 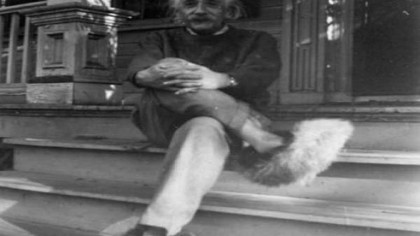 20 photos of the past you have never seen before

Leader of the Nazi party, Adolf Hitler, committed suicide before the trials began and was never brought to trial.

Although controversial at the time, the trials now stand as an important milestone in the development of the international criminal court.

Amaral captures the tension and formality of the trials with a portrait of Hermann Wilhelm Göring a political and military leader of the Nazi party which ruled Germany from 1933 to 1945.

Other amazing portraits include a candid photograph of Lewis Powell who was a conspirator with John Wilkes Booth, who assassinated President Abraham Lincoln. Powell attempted to assassinate United States Secretary of State William H. Seward on the same night as Lincoln’s death, April 14, 1865.

Powell fought for the Confederates and was wounded at Gettysburg. He was part of an unsuccessful attempt to kidnap Lincoln before the assassination plan was hatched. After his arrest he was sentenced to death and executed at the Washington Arsenal.

"The Colour of Time" is available for pre-order now on Amazon.

How Technology and Artificial Intelligence Are Shaping Art