These two identical photos placed side by side are causing a meltdown on Reddit with viewers unable to understand what is going on inside their brains.

A photo of a brick road is stumping Reddit users. The image, or actually two photos side by side, is an optical illusion that is leaving viewers bewildered.

The exact same image of an average lane looks very different when placed side by side. On first glance, it looks like one of the images is taken from a different height or angle, yet when the images are overlaid it's clear they are pixel perfect replicas of each other.

The photos are a good example of how powerful our brain is at altering what we think we see. Reddit user Saberfox said, "I can tell that it's the same picture, but something makes my brain not want to believe it." An explanation for what is going on was offered by Reddit user All-Cal: "It's because the two streets come together at the bottom of the pictures. Your brain tries to perceive this as one image with a fork in the road and therefore the street in the picture on the left must be at a different angle than the picture on the right."

The bewildering images have had more than two million hits on photo-sharing site Imgur they were uploaded two days ago. 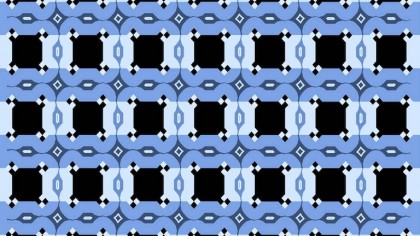 While it is hard to say exactly what is going on in our brain, the Daily Mail pointed out that the photos are similar to another optical illusion discovered by the British psychologist, Richard Gregory. Gregory published his findings on what he called the 'café wall illusion' in 1979.

The ‘cafe wall illusion’ is seen when alternating columns of dark and light tiles are placed out of line vertically. This arrangement gives the effect that the rows of horizontal lines taper at one end.

The effect can be adjusted by the thickness of the ‘mortar’ used between the tiles. The illusion got its name when a student in Professor Gregory's lab noticed the effect in the tiling pattern of a cafe close to the campus in Bristol.

The black and white tiles looked like they were bending, although they were perfectly straight. The effect occurs because of the way the neurons in the brain interact. Neurons ‘read’ dark and light colors differently and because of the broken pattern of the tile the ‘grout’ between them is either brightened or dimmed by the retina. In this way, the grout line is read as changing in brightness along its length causing the tiles to look wedge shapes rather than square and thus making the ends look tapered.

It's all in the perspective

An optical illusion is often used in art and architecture to confuse and intrigue audiences. In ancient Greece, the effect was used on the roofs of temples to make them look bowed or curved. In more contemporary times, illustrators like M.C Escher used optical illusions to show two different motifs in the same drawing.

The ‘perception’ of optical illusions is often cited by Gestalt therapists as a way to gain insight into an individual's understanding of incoming sensations. Gestalt therapists have been known to be intrigued by patients perceptions when looking at an optical illusion where two images can be switched back and forth in a person's mind such as the rabbit-duck illusion.

There Is Something Scary Lurking Inside Quasar 3C 279