This Barrier Uses Bubbles to Clean Trash From Waterways

This new device could help lessen plastic pollution in waterways. Nevertheless, will projects like these be more intrusive than helpful?

The world population's love of plastic materials has left an imprint on our environment. In the last 5 decades, across the world, this consumption has continued to rise. Just in 2013, the Worldwatch Institue confirmed that over 299 million tons of plastics were produced, confirming this upward trend. 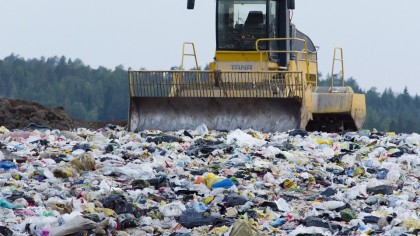 This issue is not necessarily the plastic but what people do after they finish using a plastic item and where it goes in the environment. Take a stroll on a beach, near a river bank and there is a good chance that you might spot some plastic debris somewhere along your journey. That debris is unintentionally becoming part of the surrounding ecosystem and occasionally the diets of the surrounding wildlife.

This is an issue that spans across our globe. A group of engineers has designed a solution to help rid our waterways of the plastic pollution. However, there may be an unintentional downside to their solution.

Former Energy and Sustainably Consultant, Francis Zoet and his team of engineers have made it their mission to tackle the issue. Their solution? The ambitious team has developed barriers that trap plastic materials, or at the very least reduce its flow. Dubbed the Great Bubble Barrier, the aquatic project is able to stop the flow of plastics in water but without impeding the swimming fish or ships.

So how does it work? Perforated pipes lie diagonally across a riverbed or channel. Angled upstream, the perforated pipes create two curtains of bubbles. The curtain of bubbles then traps and lifts any plastics to surface.

Recently, the award-winning barrier was tested in the IJssel river. At IJssel, the team installed a 200-meter wide installation, that lasted for about 3 weeks. The barrier trapped plastic of all sizes.

As another part of the test, the team was able to trap small flags and pieces of fabric floating down, testing trash outside of the world of plastic.

The Potential Drawbacks of Bubble Barrier

Not all things are perfect with the bubble curtain. Though it is less intrusive than the alternatives that came before, there are still obvious concerns about the environment. A few environmental scientist worry that the bubble curtains will no doubt affect the organisms in the surrounding area. There are worries that the barriers could confuse migratory fish, delaying migration and making fish easy targets for predators as they swim around the curtains.

The Great Bubble Barrier team has tried to address the concerns by raising the barrier up a few centimeters, allowing fish to swim under the curtain. Yet, by doing this, the bubble barriers miss more plastic that may be drifting further under water. Other questions that are raised include how to get the plastic out the water that has been trapped by the barrier. For now, people still have to go in and collect the plastic from the surface of the water.

Of course, the product is not perfect and there are still a few kinks that need to be worked out, but it is a great step in the right direction for combating the war on plastic and towards saving our environment.