This Body Camera Is Made For Those With Serious FOMO

The FrontRow is a body camera meant to be worn all day, aimed at the social media loving millennial sect.

With the advent of social media, the pressure to share every single aspect of our lives is becoming pretty intense. At times it can be difficult to whip out our phones at a moment’s notice to capture that dog riding by on a skateboard. Ubiquiti Labs has a solution to this problem. 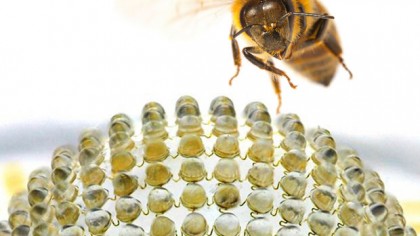 “Millennials are so rooted to experiences, and spending their money on those experiences, and they love to capture them,” Joe Santucci, the product director for Ubiquiti Networks told The Verge. “But every time you take your phone out of your pocket you've got five notifications, and it really mentally kind of removes you from this situation. So we wanted to have something that was accessible that could also document an entire day, an entire experience, a full Coachella day, a full day in a new city — with no video editing.”

The company which usually develops high-end Wi-Fi routers and networking devices recently offered up the FrontRow camera. A portable device you can wear around your neck to capture every single second of your life and broadcast it to platforms like Facebook, Twitter, and YouTube, thanks to its Wi-Fi and Bluetooth capability. There’s also a time-lapse feature so you can speed up 24 hours of life in an artsy clip. It can also shoot photos if videos aren’t your thing.

An attractive 55-gram pendant holds the camera and screen, it's water resistant and hangs off a weaved black and white cord which can be swapped for a kickstand or a dashboard mount. It has a 2-inch round LCD touchscreen that rests against the body with a 5-megapixel camera while the plain side embossed with the FrontRow logo facing towards the world at large using its 8-megapixel camera which shoots 1080p video.

According to Gizmodo who gave the device a test drive, “The hardware itself feels nice and solid, but it requires some mental gymnastics to understand why someone would want to drop $400 on the thing.”

That’s right, its $400 - which is the same price for a waterproof GoPro Hero 5 which shoots a clearer video.

AcetyleneCrown, a commenter on the Gizmodo piece had a clever suggestion for another use for the FrontRow.

“My wife bought a device like this for the dog so she could find out what the dog did all day. It turns out the answer is “sleep”—we got an 8 hour close up of the carpet fibers in our living room. Wearing a device like this would confirm that I do the human equivalent.”

For that price, you get 32GB of storage space, 70 hours of standby battery life and two hours of straight recording time. In story mode, the camera uses sensor data to discard bad shots and collects usable photos and videos for up to 12 hours.

If you need such a device in your arsenal, then you can get the FrontRow here.

Via: Gizmodo, The Verge, FrontRow

You won't believe this extraterrestrial sports car is custom-made