A team of engineers from Virginia Tech created a way to prevent frost from destroying surfaces during the winter.

Ice and frost are no longer as stressful for those preparing for winter. A team of engineering students from Virginia Tech developed a way to reduce the inconveniences and hazards caused by ice each year.

Rather than create another potentially toxic antifreeze concoction, the team used the qualities of ice to their advantage. The researchers patterned ice strips onto elevated grooves and created an anti-frosting surface on untreated aluminum. By arranging these grooves just right, the team noticed they could create a thin air pocket between the ice and the surface, keeping the surface dry.

“To date, there has never been a single example of a passive anti-frosting surface, meaning no surface in existence today can indefinitely keep the majority of the surface dry without using any chemicals or energy,” said Jonathan Boreyko, an assistant professor in the Department of Biomedical Engineering and Mechanics and the team’s faculty advisor.

The passive approach makes it not only more efficient than using antifreeze spray, but it's also cheaper and easier to implement than alternatives. Boreyko said it could be a long-term solution to an annual headache. 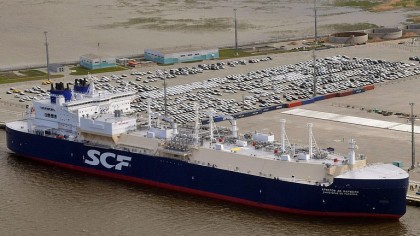 "It actually takes thousands of liters of anti-freeze chemicals to de-ice airplane wings," he said. "So if we could have a mechanism to have this dynamic defrosting work on airplanes where you can just heat up the wings a little and the frost could just roll or fall off, that would be a long-term promising alternative to how we use all of the chemicals for de-icing airplanes."

The revolutionary idea qualified the team for the Collegiate Inventors Competition finals. They're one of six teams headed to Alexandria, Virginia in early November to present a working prototype to the U.S. Patent and Trademark Office.

“We ran the experiment for more than 24 hours, and the surface was still preventing frost from forming,” said Farzad Ahmadi, now a fourth-year Ph.D. student in the engineering mechanics program. “In that time, the surface itself was almost completely free of condensation and frost, even though the temperature was 10 degrees below freezing in a very humid environment.”

The team has high hopes for its industrial applications. The process could be used to treat the obvious things like car windshields and airplane wings. It could also save power lines from heavy ice and even HVAC systems. It also saves airline companies thousands of gallons of antifreeze chemicals to defrost the wings of a single plane before a flight.

“There’s no surface coating, no fancy lab tricks,” said Boreyko of the invention. “We’ve been using the same surfaces in the lab for over a year now, and they still work.”

Currently, the researchers received funding from the United States National Science Foundation and the 3M Company. The team certainly hopes that the competition will get them one step closer to making a frost-free (or at least reduced) winter a reality.