This Breathalyzer can Diagnose 17 Different Diseases in an Exhale

Point of Care (POC) testing is a form of laboratory testing that allows an individual to obtain clinical results by means of patient self-management (PSM) or patient self-testing (PST). This decreases the turnaround time for tests such as blood glucose, anticoagulation, cardiac markers, hematology or urine screening.

The POC method of testing has numerous benefits such as the ability to test on demand. Also, the POC results are almost immediate and allow for rapid treatment of illnesses.

POC concept has assisted millions of people around the world because of its self-management ability. However, Hossam Haick at the Technion Institute of Technology in Israel took this concept one step further.

Haick and his team of 56 researchers developed a Breathalyzer called “Na-nose”, much like the one traffic officers use. That POC device can diagnose 17 different diseases.

The device can identify diseases such as two types of Parkinson's disease, Crohn's, multiple sclerosis, kidney disease, and cancers including lung, colorectal, prostate and ovarian cancers. 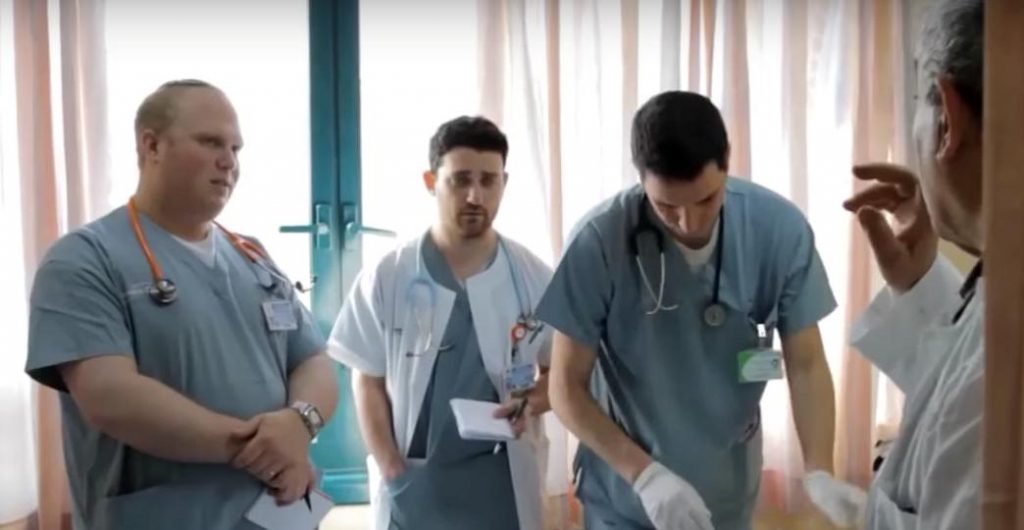 Published in December 2016 in the journal ACS Nano, the article discusses the testing of 1,404 subjects diagnosed with one of 17 different diseases including a handful of healthy control subjects. The test showed that each disease has its own individual breath-print. These prints can be identified to an accuracy of 86 percent. In addition, the classification of one of these diseases does not screen out other diseases.

These markers are chemical analytes emitted into the bloodstream as a result of the disease. As a result of their high vapor pressure, they have to be expelled from the body, either by waste or through exhalation.

The device imitates the olfactory system of the canine which has been known to detect early stages of cancers in humans. A 2004 study in the British Medical Journal found that dogs could detect bladder cancer by sniffing human urine.

By detecting the disease at an early stage, it increases the survival rate ten fold. A miniaturized tool used for personalized screening could lead to early-stage diagnostics with the potential to save many lives.

Eventually, this device could be fitted to smartphones to run a diagnostic while someone uses their phone. And with some further testing and research, we might even be able to say goodbye to WebMD.