One math problem meant for fifth graders went viral for being both unsolvable and also solvable.

If one struggles through math classes, then finding correct answers to math problems can often feel impossible. However, one math question, in particular, has effectively confused not just the students who had to solve it but the rest of the world as well.

Fifth-grade students in China's Shunquing district attempted to solve this question: "If a ship had 26 sheep and 10 goats on board, how old is the ship's captain?" (Yes this question was intended for the average 11-year-old.)

What answers did students give?

Frustrated by the question (and the Chinese testing system at large), students shared their attempted answers throughout China's social media platforms.

One student decided to give the logical albeit not specific answer: "The captain is at least 18 because he has to be an adult to drive the ship."

Another student gave up and said "I don't know. I can't solve this."

It was enough to also inspire adults to answer the question as well. Some of which gave pragmatic answers:

the Chinese math question about the age of the captain is genius in that in order to oversee a ship that carries cargo the captain must be a) at least 23 and b) have possessed the respective license for at least five years, making the answer anything above 28

One person on the microblogging platform Weibo seemed to offer a bit more insight:

"The total weight of 26 sheep and 10 goat is 7,700kg, based on the average weight of each animal," said the commenter. "In China, if you're driving a ship that has more than 5,000kg of cargo you need to have possessed a boat license for five years. The minimum age for getting a boat's license is 23, so he's at least 28."

But then there were the adults who showed the question -- and the educators who created and assigned this question -- no mercy. 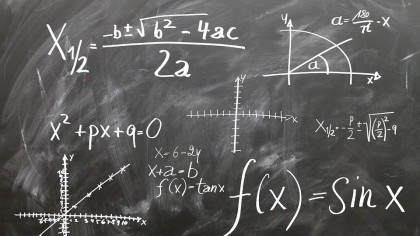 Solving These 6 Major Math Problems Can Earn You $1 Million

"This question makes no logical sense at all. Does the teacher even know the answer?" said one commenter.

"if a school had 26 teachers, 10 of which weren't thinking, how old is the principal?' said another commenter.

A few actually defended the decision, but there weren't many according to reports.

"This question forces children to explain their thinking and gives them space to be creative," a commenter wrote. "We should have more questions like this."

But why ask the question in the first place? According to Chinese education officials, the odd math problem was intended to highlight "critical awareness" skills. The school even had to post a public statement to address why they asked the question.