This Company Is Developing Pop-Up Urban Farms for City Streets

Exsilio Oy is making a big splash in community gardening efforts with its EkoFARMER. The little greenhouse in a box is a very creative solution to producing high yield in urban areas with limited space and limited resources.

From the East Coast to the West Coast, the United States has been seeing in the last decade a kind of community garden renaissance. More people are demanding better access to fresh, organic produce, without paying the high prices associated with organic food in the US—there are advocates for and against it on both sides, and little agreement about whether it is too expensive or if the high prices are justified. The reality is, though, that not all of us have a green thumb or the time and resources to know where to begin.

Exsilio Oy has responded to this challenge with its EkoFARMER, a small, self-contained farming chamber containing all the necessary seeds (from greens to herbs to plants), as well as adjustment mechanisms, meaning that output will not be affected by seasonal or climate factors. The Finland-based company has even created an interactive video with 3D models explaining the various parts and how they all work together. The boxes use house farming technology which controls the environment and helps to increase yield.

Fighting the Tide of Food Deserts

Green activists and members of the community are combining their efforts to respond to the main two issues driving the community garden revival: price and access. For some in the community, the need is more urgent, as urban deserts—impoverished areas which face critical issues related to accessing affordable and nutritious feed—have been appearing in virtually every city in the United States in the last two decades. The issue is of such growing concern that the US Food and Drug Administration (FDA) officially identified the term back in 2011, creating a Food Access Research Atlas and other maps which list essential data related to charting the problem, such as population demographics and proximity to supermarkets.

Michigan State University Assistant Professor of Community, Agriculture, Recreation and Resources Studies Phil Howard—one of the most vocal academic voices about the impact of food deserts in America explains the phenomenon of food deserts:

“The term ‘food desert’ kind of implies it's a natural phenomenon...What’s really been happening in some areas described as ‘food deserts’ is that they used to have supermarkets or chain grocery stores, and those stores have been shut down as they've been opening new stores in the suburbs. It's not a natural phenomenon at all.” 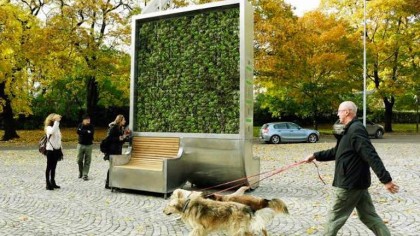 A company with a strong Exsilio Oy has begun a number of initiatives with businesses and is partnering with the community through its micro-entrepreneur and business co-partnering projects and is committed to making a difference.

Howard continues: “A desert implies either there's no food, or there is food, and the reality is a lot more complicated..Often, people in [these] areas have access to a lot of food-like substances that are not very healthy. Or they may have access to [only] a few types of fresh fruit and vegetables...”

Of course, intervention and measures taken by policy makers is a key part of the process; however, the powerful initiative of urban communities will have the biggest impact. Companies like Exsilio Oy, therefore, are empowering people every day to make nutrition and wellness a high priority.