Swedish based Raddin are trying to revolutionise extreme water sports with their electric powered wakeboard. The device lets you surf the waves as if you were on a hoverboard and it's probably the closest you're going to get to one for a while. 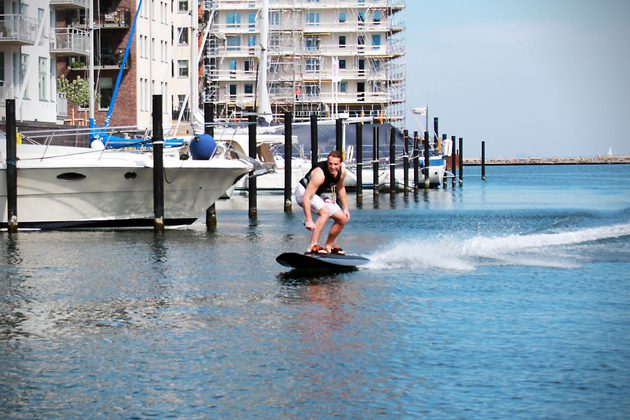 Founder and Swedish wakeboarder Philip Werner devised the electric-powered board in 2012 while studying at Lund University and it's currently at working prototype stage. The board is manufactured from carbon fiber and including the battery, weighs about 29 kg.

The speed is controlled from a wireless handheld device which we imagine is strapped to the wrist to prevent you from losing it. Standard wakeboard foot bindings come with the board and can be taken off for newbies as to allow them to lie and kneel on the board first.

A lithium ion battery provides the power for a salt water-resistant jet propulsion system which can send you across the waters at 29 mph (46 km/h), although the final product is expected to be a little faster. The battery is contained in a watertight compartment and offers around 45 and 60 minutes of mixed speeds before running out. It's also easily replaceable in case you need to pop in a replacement. 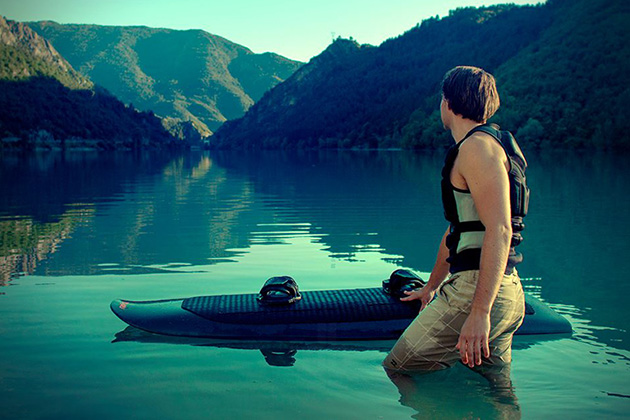 They're also not the first on the market though. They'll be competing with the likes of the the Waterwolf and the Aquila Electric Surfboard.