Arkaitz Garro, a WeTransfer software engineer living in Holland, has built a device that would facially recognize his cat and notify him.

It’s usually a common sight that a cat would be waiting outside a window or door, watching to be let in by their owner.

Arkaitz Garro, a WeTransfer software engineer living in Holland, has found a solution to this common problem, the Business Insider reported.

He developed an equipment with a camera attached that would use motion-detection and image-recognition AI software to automatically recognize his cat when it was waiting outside, then send him a message so he could let it in.

"We wanted to be notified when he was around so we could open the back door for him, as we don't have a cat-door," the engineer said.  "When it detects movement, it sends the picture to a recognition software, that checks against the identity of the cat based on previous imagery of the cat," he added.

The system sends a Slack message

If the software feels certain that it is the correct cat and not the neighbor’s cat, a rabbit, or a piece of junk, Garro receives a push notification message on his phone.

Garro says the whole setup only cost around $50 and took a few hours to assemble. “It’s almost one hundred percent reliable when the cat is looking at the camera,” Garro said.

Garro used a Raspberry Pi mini-computer mounted with a camera module, along with motionEyeOS for motion-detection software. 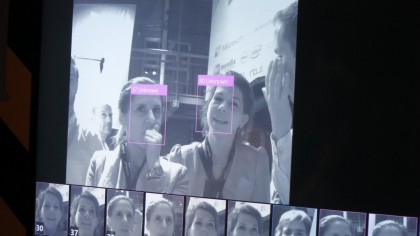 These are all rigged up to Amazon Web Services' Rekognition AI software in the cloud for the image recognition.

He receives the notifications via the Slack messaging app.

The DIY IoT device was released last year and hooks up to your pet door to let animals that you choose come through the door. If the facial recognition technology decides that the animal matches, the pets are then allowed to pass through.