This Extinct Animal Was Resurrected by Cloning, Only to Go Extinct Once Again

Questions still remain almost 15 years after cloning efforts were carried out by scientists to repopulate the bucardo and bring it back from extinction.

Wildlife conservationists may take solace—or sadness—in hearing the details about the bucardo, an animal that has a very special distinction: it was the first to be both de-extincted (the hopeful side of the story), as well as the first to go extinct twice (inarguably the unpromising part of the tale).

So then, the question becomes why did this animal meet such an interesting fate? The animal, which also goes by the more formal and geographically indicative name of the Pyrenean ibex, was in relative abundance in the past, their numbers scattered throughout the Pyrenees mountains between Spain and France, in addition to Navarre, north Aragon, Basque Country and north Catalonia. As is the case with many other wild animals, their numbers began to dwindle in the second half of the 20th century due to the growing interest of hunters to display them as symbols of their hunting skills or to show status.

Scientists and activists began to step up efforts to restore their numbers in the 1980s, but their efforts were arguably too late. For this reason in January 2000, when the 13-year-old female bucardo named Celia died, with her went the last of the animal. Ironically, her death was accidental, not the result of hunting activities: she had been fatally injured after a tree fell on her in the Ordesa National Park.

Like with most cases of extinction in the times we live in, the news was met with outrage as well as a renewed commitment to protect other animals from facing extinction.

At this point, the story of the bucardo was, unfortunately, finished, the subject of history and science textbooks…or was it? 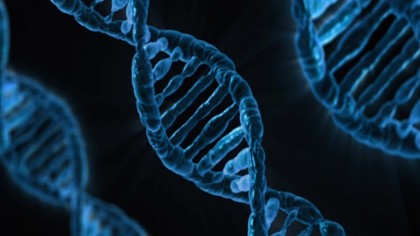 Wildlife veterinarian Alberto Fernández-Arias had frozen Celia’s cells in liquid nitrogen at a temperature of -196°C in 1999, after obtaining skin biopsies. Four years later, a team of French and Spanish scientists came together on July 30, 2003 to witness a modern miracle: the cells had been successfully implanted in a Spanish ibex-goat hybrid female who had carried the clone of Celia to term. It took 57 implantations to achieve this, and even among the 7 who became pregnant only one—the lucky mother—had not miscarried.

Tragically, the 2.5-kilogram clone’s life was cut short by a respiratory episode: a giant growth had formed over the calf’s lung. Sadly, she lived only 10 minutes, the team watching helplessly as all signs of life left her body, all their efforts to save her in vain: “As soon as I had the animal in my hands, I knew it had respiratory distress. We had oxygen and special drugs prepared, but it could not breathe properly. In seven or 10 minutes, it became dead.”

Dr. Fernández-Arias recalls the historical episode in a TEDTalk he delivered in 2013 on the subject of de-extinction:

Perhaps the most interesting aspect of the bucardo story from the turn of the 21st century is it reveals just how quickly the subject of animal cloning had been gaining momentum, all beginning with the much-publicized cloning case of Dolly the Sheep in 1996. Public interest began to grow after the results of their work was published in 2009 in the Theriogenology journal in a study titled “First birth of an animal from an extinct subspecies (Capra pyrenaica pyrenaica) by cloning.

Though there are undoubtedly new frontiers ahead of us in terms of animal cloning, Dr. Fernández-Arias explains that for his team, and other scientists like him, the goal was quite simple: “When the bucardo were alive, we were trying to save them. When they all died, we were still just trying to save them.”