Chess isn’t generally known for its good looks, but when your chess set is designed by architects it becomes a thing of beauty. London-based architects Ian Flood and Chris Prosser are the brains behind Skyline Chess, a company that makes chess sets featuring iconic London Buildings. They have just started a Kickstarter for an NYC edition, and it is simply gorgeous.

The black and white pieces are made from injected molded plastic with a weight and a soft felt base. Each piece represents an iconic piece of the New York Skyline. The two architects deliberated about each piece to ensure that both the architectural characteristics of the buildings were represented as well as creating a pleasing set of chess pieces that fulfilled their required ‘personalities’. 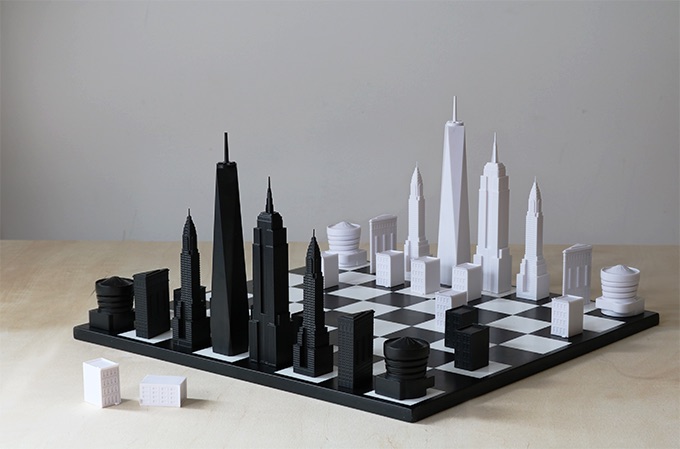 The King is being played by the One World Trade Tower, his partner, the Queen is naturally the Empire State Building.  Their army consists of the Chrysler Building as the Bishop and the Knight as the memorable Flatiron Building. Our favorite is the Rook cast as the ever-contemporary Guggenheim Museum. Finally, the hard working Pawn is played by the Brownstone House.

Get in quick to score the Early Bird Edition

The Kickstarter is not surprisingly going super well. £12,830 has already been pledged of the £10,000 goal. But there are 20 days to go in the campaign so if you are looking for the gift for the person that has it all, this might be the thing.

Pledges start at £10 for a pack of the Skyline Playing Cards. The high-quality cards feature either London or New York and come with a fold out map. You’ll need to pledge £70 or more to get your hands on the Earlybird edition of the Skyline Chess Set.   This amount gets you the Chess Set - either New York or London - in its own presentation box and folding playing board. They’ll also throw in a set of playing cards for you too. 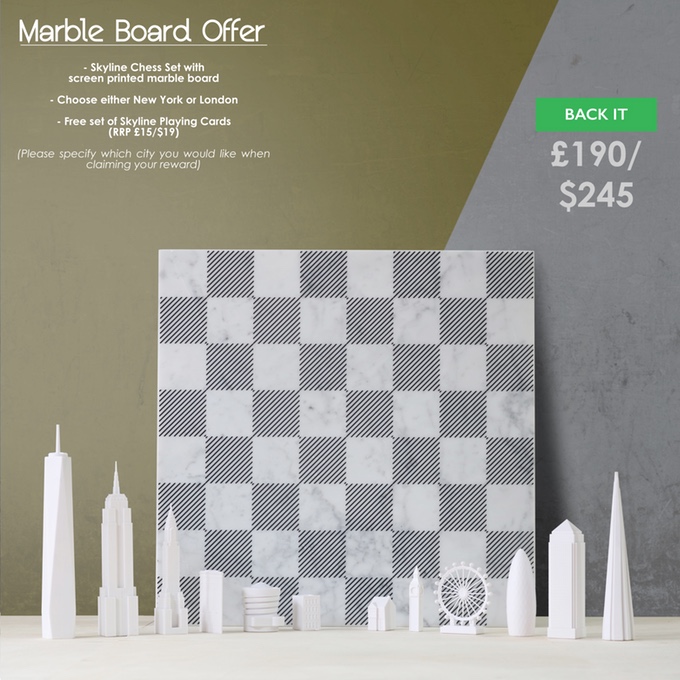 If you have some extra cash to splash, then go in for the luxury edition of the set that includes a  screen printed marble board. If you miss out on the Kickstarter, the sets are available in London luxury stores, Harrods and Liberty. 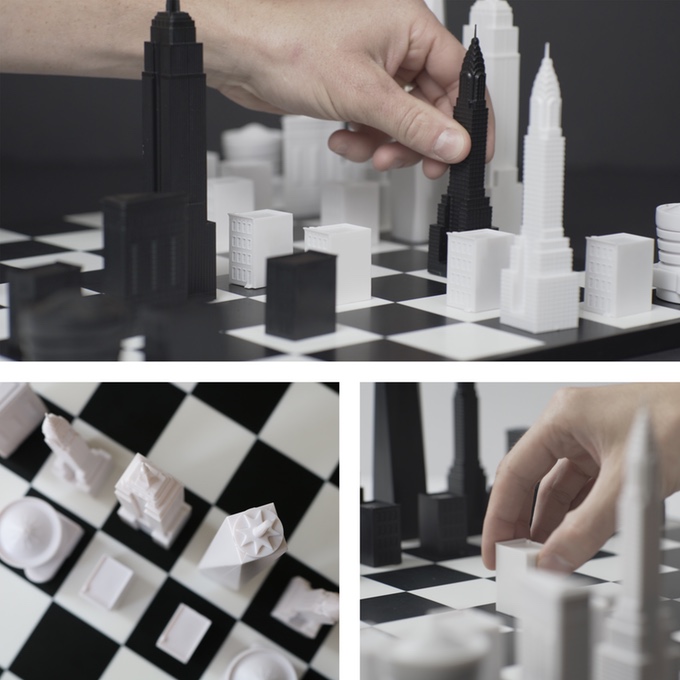 Design your own Chess Set!

And if that isn’t luxurious enough for you.  The team can create a bespoke chess for you. That’s right, you can get the guys to design your own chess set.  Maybe you want it to be every house you’ve ever lived in or objects from your childhood bedroom? Ian and  Prosser promise to ‘work with you to craft your own personal set based on any design or idea of your choice.’ They go on to state ''Careful consideration is taken to each piece selection to make sure it works as a playable piece on the board. Our bespoke service is able to offer a range of different materials, samples of which are available on request. We are also able to provide customised playing boards and packaging to suit your requirements.''