Local Roots, an indoor farming company, is seeking to end world hunger with sustainable indoor agriculture. They are already serving fresh produce to SpaceX and others in Silicon Valley.

Elon Musk has been hard at work to reshape the world into his sustainable and innovative image. His work for SpaceX and Tesla have not only positvely impacted the globe but inspired many companies to build innovative companies with noble causes. One of the biggest challenges of our generation may come down to a lack of resources to feed people. The United Nations estimates the world population to reach 9.7 billion by 2050; this means more mouths to feed. Considering SpaceX as their role models, companies like Local Roots hopes to alleviate some of the pressure on the world's resources. 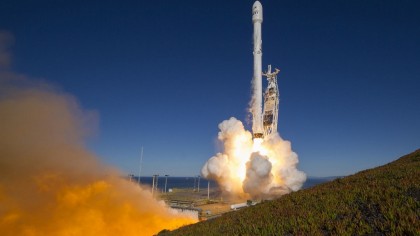 A New Way of Farming

The indoor farming company hopes to increase the food supply through their state-of-the-art process. The process is simple, instead of growing produce under natural sunlight, crops are grown under LED lights in a "nutrient-rich water-based solution that mimics soil." Because of this, indoor farmers can grow almost any type of crop, year round. "At Local Roots, we design, build and operate the world’s most productive indoor farming solutions. We believe the key to a more sustainable future requires eliminating supply-chain risks and undoing the commoditization of the food industry", says the team.

Local Roots grows food using shipping containers called TerraFarms. These containers are on average 320 feet squared. Impressively these containers could produce 4,000 heads of lettuce every day in their propriety pods that mimic soil. If you are curious about the environmental impact of this project, do not worry. Even more impressively, Local Root's Terrafarms can run 99% less water compared to traditional crops. Local Roots has many customers in Silicon Valley including space exploration titan SpaceX.

Respected and idolized Elon Musk has created brands that impacted the world for the better. Some of his projects include the Mars-bound SpaceX program, environmentally friendly Solar City, and the elegant but powerful Tesla super electric car. Musk is always pursuing projects that serve the world and humanity. Elon's goals include reducing global warming through sustainable energy production and consumption and reducing the risk of human extinction by making human life multi-planetary. Projects like Local Roots will help facilitate his vision.

The Local Roots team will deploy more than 100 new TerraFarms in 2018 and move into an even more technically advanced 165,000-square-foot manufacturing and headquarters in Vernon, California. The companies series A financing is expected to end in 2018.