A FedEx engineer from Tennessee discovered the world's largest known prime number, and it contains a whopping 23,249,425 digits.

A 51-year-old electrical engineer named Jonathan Pace just made maths fans around the world incredibly happy with a new discovery. Pace was part of a collaborative effort throughout the globe to help find the largest prime number. And, on the day after Christmas, he got a belated Christmas gift. He discovered that the number 277,232,917 – 1 is prime.

The new prime number is officially listed as M77232917. It's a whopping one million digits larger than the next largest known prime number. Before this most recent find, the former record holder was discovered in January 2016. M77232917 Mersenne prime, meaning that the number is one less than a power of two. Mersenne primes take their name from a French monk Main Mersenne, an avid student of numbers.

But just how big is a 23,249,425 digit? It's nothing short of massive. That number would be big enough to fill an entire shelf of books with a combined 9,000 pages. And, if you were able to scribble down five numbers per second at five numbers per inch, then you'd be able to write out a number stretching 73 miles (118 km). Oh, and it would only take you 54 consecutive days to write out the number. By comparison, that's a full 3 miles (5 km) longer than the last discovery. 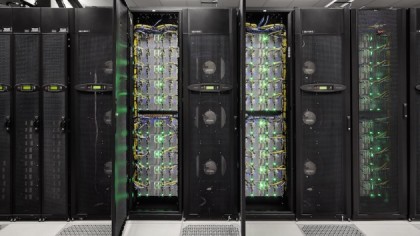 Prime numbers have been of interest to mathematicians for nearly 3,000 years, and finding them are getting much more difficult, according to Chris Caldwell a professor of mathematics at the University of Tennessee at Martin. Caldwell specializes in prime numbers and has even written a book discussing the lengthy history of Mersenne primes.

"Finding a prime is not going to change any theorems in mathematics, but this is a type of prime that has been interesting to mathematicians since several centuries before Christ," Caldwell said in an interview with CNBC.

Caldwell noted that there isn't an easily understood pattern for Mersenne primes. In fact, the most recent Mersenne prime discoveries have all been closer to each other than researchers expected.

"So you expect in any process that appears random to have some close groupings of numbers. But we didn't expect to find another one so soon after the last one," he said. "In the long run, we hope to use these data to predict how often these occur."

The hunt for the next prime number is certainly interesting, but as some researchers have noted, the findings can't really be applied to anything in particular. Iain Bethune works at PrimeGrid, a website that taps into computers around the world in order to find all prime numbers -- not just the elusive Mersenne primes.

"There is not a particular concrete thing that you can do with massive primes," he said in an interview with New Scientist. "Instead it's about a quest to find something completely new."

The perfect example of exactly how long someone can be invested in the hunt for prime numbers is Pace himself. This find marks Pace's first discovery since he began volunteering with the Great Internet Mersenne Prime Search over 14 years ago. All he used was "reasonably modern" computers and the GIMPS software.