Colombia University engineers have created a new way to harness hydrogen. This new method could revolutionize the way we collect energy.

The energy sector is in the process of having a revolution. A lot of established companies and start-ups are making a major effort to create sustainable alternatives to power our home and vehicles. Renewable energy will be the cornerstone of our future and will help reverse our damage to our planet. One of the most interesting inventions in renewable energy projects is coming out of Columbia University. 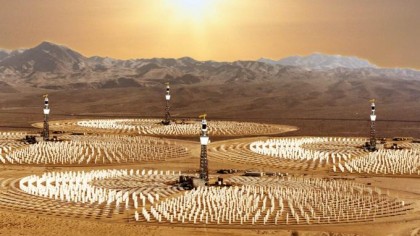 A group of talented engineers from Columbia University has created a floating solar rig that harvests hydrogen fuel from seawater. The solar fuels will be able to capture solar energy, then through the technology on the rig, they use that energy to extract hydrogen from the seawater.

Usually, technology like this requires a membrane, but the rig uses an asymmetrical mesh. Electrodes coated with a catalyst on one side of the device collects bubbles of both hydrogen and oxygen.

Hydrogen as an alternative fuel

As a highly researched energy source, Hydrogen is a clean energy source that could have the potential to power a lot of the technology we use on a daily basis. At the moment, many domestic resources can produce hydrogen from other forms of renewable energy and nuclear energy. Though you are probably familiar with many other forms of renewable energy, Hydrogen is a viable option in aiding the reduction of the dependence on foreign oil and the emission of greenhouse gases.

Being one of the most abundant elements in the earth's crust, hydrogen is relatively easy to create but it is not until relatively recently scientists have discovered how to harness the simple element. Azo Cleantech, breaks down the Hydrogen element perfectly, "Hydrogen is considered as a secondary source of energy, commonly referred to as an energy carrier. Energy carriers are used to move, store and deliver energy in a form that can be easily used. Electricity is the most well-known example of an energy carrier".

Hydrogen is an energy source that can be managed easily and is great for everyday consumption. Azo Cleantech states, "Hydrogen as an important energy carrier in the future has a number of advantages. For example, a large volume of hydrogen can be easily stored in a number of different ways. Hydrogen is also considered as a high efficiency, low polluting fuel that can be used for transportation, heating, and power generation in places where it is difficult to use electricity".

One of the biggest challenges with utilizing Hydrogen is the fact that it can be extremely expensive. As the technology advances, hopefully, it will be more scalable and economical.